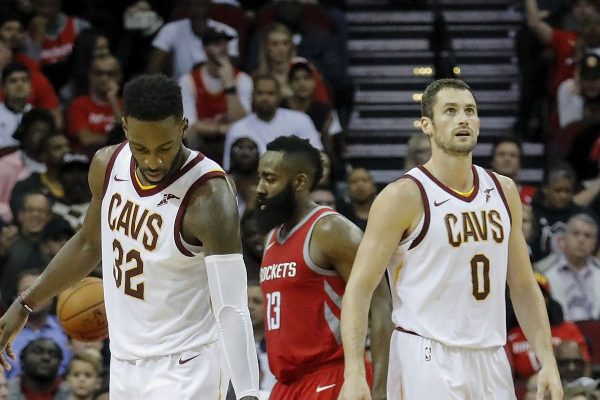 The prospect of the Cleveland Cavaliers losing LeBron James during the upcoming free-agency frenzy has them assessing what players they’ll seek to keep around, in lieu of a wholesale rebuilding project. One report suggests that in addition to holding onto Kevin Love, the Cavs will also seek to hold onto veteran Jeff Green.

Joe Vardon of Cleveland.com noted that the decision to hold onto Love had apparently been made earlier this week, with the veteran scheduled to make $24.1 million during the 2018-19 season. Love also has a player option for the 2019-20 campaign, though the Cavaliers could conceivably deal him next offseason.

With respect to Green, Vardon writes:

“The team is also interested in Jeff Green coming back. Green played on a one-year deal for the veteran’s minimum last season.”

Should James leave, the Cavaliers will then be under the league salary cap, which might compel owner Dan Gilbert to bring in some new players. At the same time, possible trades of players like veteran guard Kyle Korver could take place. In addition, trading veteran point guard George Hill could allow the team to stretch his salary for next season over multiple years. Once again, that would free up additional payroll to pursue new players.

The possibility also exists, according to Vardon, that should James sign, the team might still undertake some trades:

“If James does return to the Cavs, or signals to them that he wants to, no one on the roster would be untouchable from a trade perspective.

“Cleveland wants to develop its young talent — including rookie point guard Collin Sexton — but wouldn’t pass up the right opportunity to add an established veteran with James to improve their chances of reaching another Finals, sources indicated.”

There’s no indication exactly when James will make his decision, but once he does, it will likely begin a wild stretch for both the Cavaliers and other NBA teams.