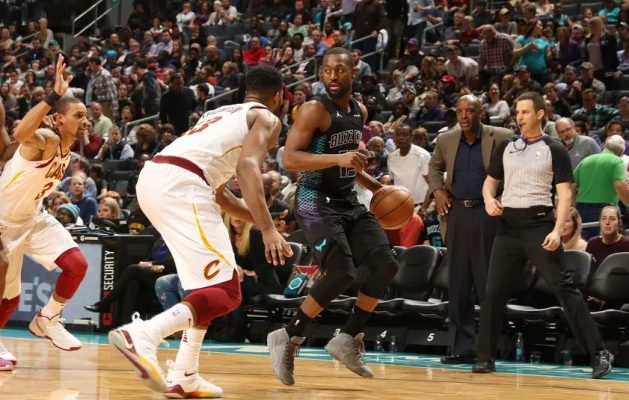 The Cleveland Cavaliers continue to search for ways to upgrade their team, with Charlotte Hornets point guard Kemba Walker one particular target that’s held their attention for an extended period. However, in the opinion of ESPN insider Brian Windhorst, the opportunity to acquire Walker no longer exists.

@WindhorstESPN on Cavs acquiring Kemba Walker: "I think that door has closed"

Without actually admitting it publicly, it’s clear that the Cleveland front office was making this effort as a way to entice its most prominent free agent, LeBron James, to re-sign with the team. James will undoubtedly be entering the free-agent market when it opens up for business on Sunday.

Last year, the 28-year-old Walker was seen as a potential option when the Cavaliers were under the gun to deal away Kyrie Irving. That potential deal never materialized, but the struggles of the team throughout the season at point guard were clearly evident, with veteran George Hill added in a midseason trade.

More recently, the Cavaliers reportedly considered including their first-round pick in the NBA draft in an attempt to acquire Walker. That also never happened, though the Cavs could conceivably trade that pick, University of Alabama guard Collin Sexton, after a 60-day moratorium period on dealing him ends in late August.

The problem is that the Hornets would be asking for more players, presumably younger and with team-friendly contracts. That would rule out trading players like J.R. Smith or Hill, with the Cavs also lacking any draft-friendly picks in the next few years.

Last season, in his seventh NBA season, Walker averaged of 22.1 points, 5.6 assists and 3.1 rebounds, while also collecting 1.3 steals per game. Those numbers would be welcome in the Cavaliers’ lineup, but if Windhorst’s information is accurate, this fantasy become a moot point.