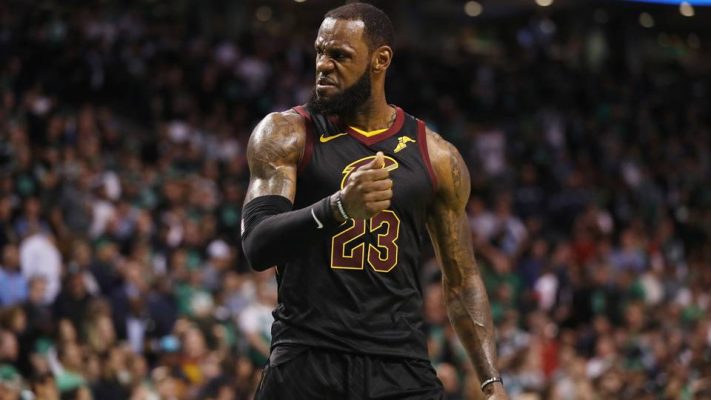 A good deal of the building anticipation toward the start of NBA free agency has been based on the collective guessing game as to where Cleveland Cavaliers forward LeBron James will play next season. While his destination remains unknown, one NBA insider believes that the decision by James will come within the first few days of the process.

ESPN’s Brian Windhorst appeared on the network’s podcast “The Lowe Post” and countered host Zach Lowe’s belief that James will once again take his time. Instead, Windhorst believes (at approximately the 46-minute mark) that James’ decision will likely come around July 3:

In his two previous steps into free agency, James’ choices have both been made past that particular date. In 2010, his widely criticized “Decision,” where he announced he was leaving to play for the Miami Heat, was part of a hour-long ESPN special took place on July 8. In 2014, James announced his return to Cleveland in a much more subdued fashion on July 11. In that case, he simply released a pre-written explanation that was part of a Sports Illustrated article.

The 2018 edition of James’ free-agency competition is reported to have two favorites among the teams contending for his services: the Cavaliers and Los Angeles Lakers. Beyond that, the most prominently mentioned teams over the past few months have been the Houston Rockets and Philadelphia 76ers. Until that decision is made, fans of the Cavaliers will continue to nervously watch for any hint that James plans on returning.