4 Things Collin Sexton Immediately Brings to the Table for Cleveland 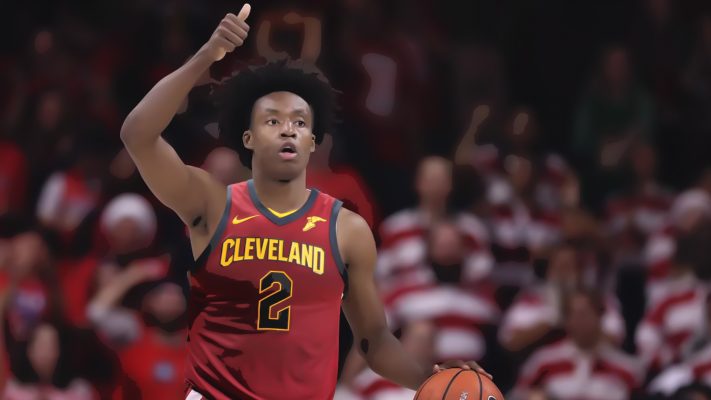 After 10 months of waiting to take advantage of one of the key pieces of their trade of Kyrie Irving, the Cleveland Cavaliers chose University of Alabama guard Collin Sexton with the eighth overall selection in the NBA draft on Thursday night. The question now for both the team and its fans is exactly what Sexton brings to the table.

One thing that’s for certain is that it doesn’t address whether or not veteran forward LeBron James will still be on the Cavs roster when Sexton plays in his first NBA game. However, four things that immediately come to mind for the newest member of the Cavaliers are as follows:

Possessing an explosive first step, Sexton has the ability to blow past defenders, which can come in handy in transition situations. It can also help on trips into the paint, where that quick ability to get there is coupled with excellent vision that will keep open teammates within his line of sight. That vision isn’t quite in the same league as James,’ but it’s outstanding considering his relative youth.

From a defensive perspective, that speed offers the potential of allowing Sexton to keep up with the increased pace that’s part of nightly NBA life. That fact that he doesn’t turn 20 until January means that he should have the constant energy to avoid the tired legs that can wear down players as the season goes along. Of course, getting used to the longer and more frequent schedule will be the first step in his professional education.

One of the things that Irving was known for was his fearless nature when driving to the basket, a trait that Sexton also possesses. That’s just one facet of what’s clearly evident when he’s on the court. He’s also not afraid to put up a shot, having established himself as a solid pull-up shooter. In addition, his competitive drive was in evidence for the Crimson Tide this past year, when he scored 40 points while helping keep them in their game against the University of Minnesota. That was despite being on the wrong end of a 3-on-5 on-court matchup for the final 10 minutes of action, due to Alabama ejections stemming from an earlier scuffle.

That willingness to put up the ball on a regular basis hasn’t always been the best strategy, with his long-range shooting still a work in progress. In the latter department, the Cavs already have plenty of shooters that can hit from beyond the arc, so the pressure to deliver in this particular area won’t immediately be on Sexton’s shoulders like it was with Irving seven years ago.

Watching opposing guards blow past Cavaliers defenders for easy baskets became an almost nightly exercise in frustration. Sexton has the type of mindset and the sort of quickness that can help limit that, if not in the upcoming year, then in the seasons ahead.

Being quick also will allow him to battle through the inevitable screens he’ll see on pick-and-roll plays. One criticism of him in this area is that he has shown a tendency to mentally check out when the man he’s covering doesn’t have the ball. However, that’s something that he should quickly learn, if not from experience, then from his new teammates.

One of the chief problems for the Cavaliers last season was the lack of talent in the backcourt, especially at point. Isaiah Thomas was supposed to fill that role, but after missing the first two months because of injury, it became quickly apparent that he was a bad fit. That led to the midseason trade for George Hill.

While Hill had his moments, the veteran, who turned 32 last month, had limited help in this area. That often meant James was forced to play this role, adding to his already heavy burden. With Sexton now aboard, maintaining a consistent level of play seems more likely. The rookie can soak in the seasoned advice over the course of next season and could eventually move from coming off the bench into a starting role. How quickly that happens remains to be seen, but Sexton appears to have the talent to accomplish it.

Sexton arrives just as the immediate future of the franchise is in doubt, with James pondering his status in the free-agent market. In the aftermath of James’ 2010 departure in the same manner, disaster struck as the team went through a torturous rebuilding process with Irving having to deal with the weight of heavy expectations.

The Cavaliers are better equipped to handle a James departure this time, though they’d prefer to have the veteran play a key role in Sexton’s development. At 19, the rookie is still scratching the surface of his potential, but the skills he already has in his arsenal are giving him a good chance of hitting the ground running.