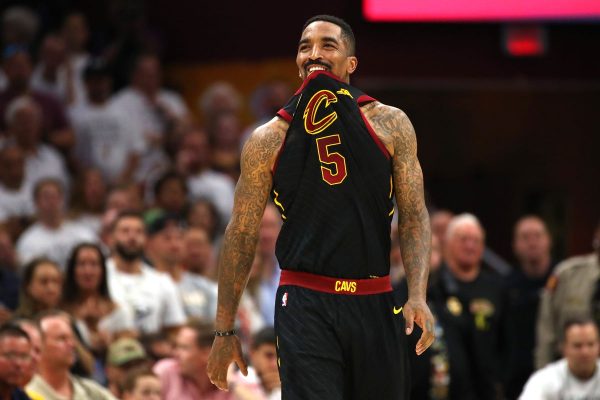 If it were up to Cleveland Cavaliers shooting guard J.R. Smith, everyone would forget the role he played in Game 1 of the 2018 NBA Finals.

Smith infamously committed a costly blunder in the Cavs’ heartbreaking defeat when he dribbled out the clock with seconds remaining in the game. The contest ultimately ended in an overtime defeat for the Cavs.

While Smith would likely prefer to erase the entire game from his memory, one fan evidently felt very differently.

According to TMZ Sports, an unidentified individual paid a jaw-dropping $23,548 for the jersey that Smith wore during Game 1 of the finals. 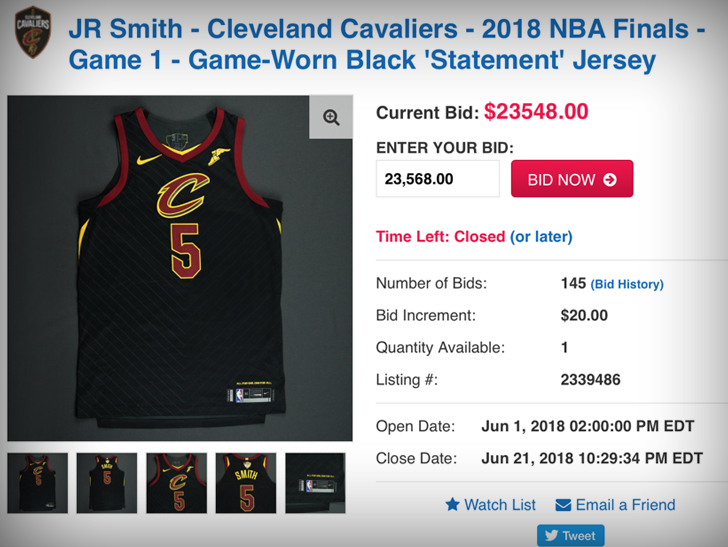 “ICYMI — the bidding started at $620 … but things started heating up on the final day of bidding, with the number reaching around $11k … then DOUBLING before the auction closed,” TMZ reported.

Smith’s Game 1 miscue was definitely the talk of the basketball world when it first happened. When the Cavs ultimately lost the series in a four-game sweep, however, it became quite clear that Smith was not solely to blame for his team’s defeat. Considering that, it’s likely that the jersey will lose much of its monetary value very soon.

Here’s to hoping that the unidentified fan doesn’t experience any buyer’s remorse.