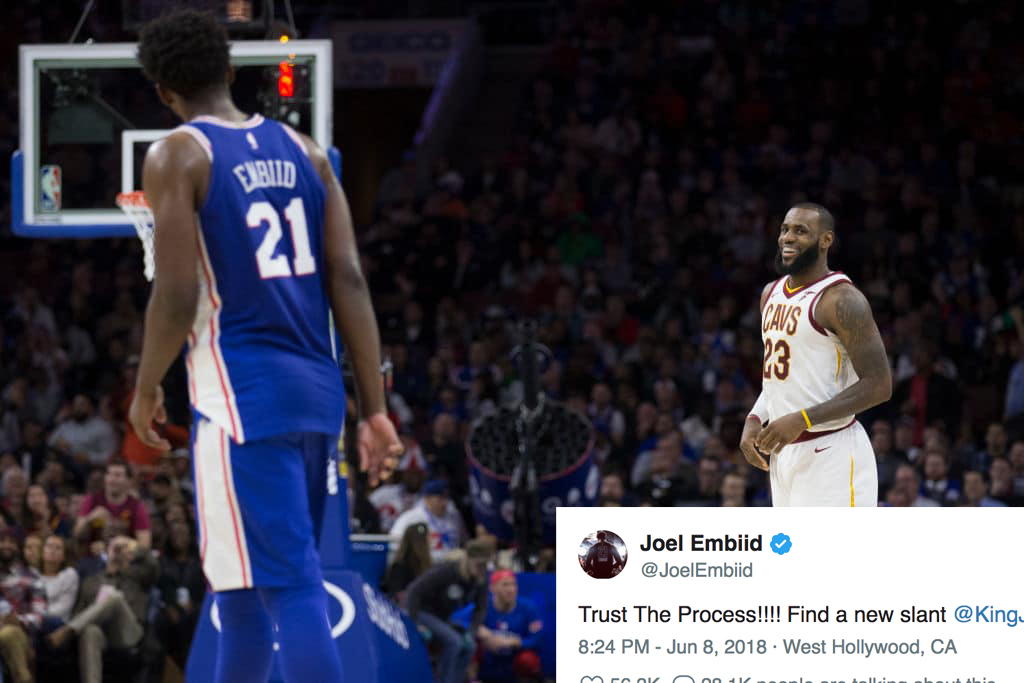 With the Cleveland Cavaliers watching their 2017-18 season come to an end in Game 4 of the NBA Finals, the focus now turns to the future of LeBron James and his tenure with the team. One team that’s been mentioned as a possible destination in free agency for James is the Philadelphia 76ers, with their center Joel Embiid not even waiting until the end of the game to start his recruitment of James.

Technically, James isn’t even a free agent yet, since he still needs to go through the formality of opting out of the final year of his three-year contract. Yet it’s been obvious that he’ll be looking at his current situation with the Cavs and what other teams have to offer.

The 76ers took a major step forward this season, reaching the Eastern Conference semifinals before falling to the Boston Celtics. They have plenty of young talent on their roster and would become immediate contenders to reach next year’s NBA Finals if they were to sign James.

Throughout the past year, James has given no hint as to what team he might be considering, with the Cavaliers still a top consideration. He can make the most money by signing a new deal with the team, but at this stage of his career, James is looking for a team that can challenge for an NBA championship. Whether or not he still considers the Cavaliers capable of accomplishing that feat will be answered at some point during the free agency period that begins next month.