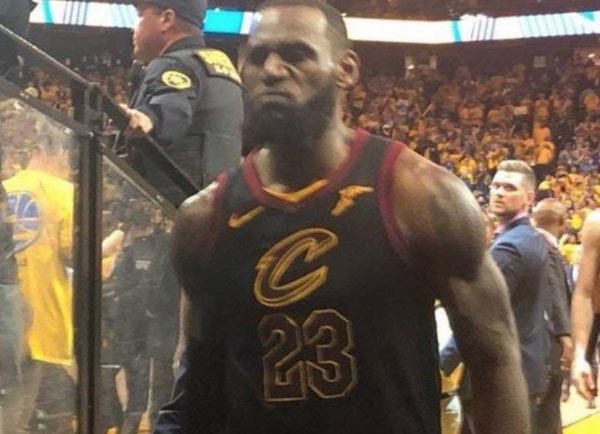 Following the conclusion of Game 4 of the 2018 NBA Finals on Friday night, a jaw-dropping revelation came to light regarding LeBron James‘ health throughout much of the series.

Windhorst says the injury was so serious after Game 1 it was undetermined if it was a break.

LeBron James: “I pretty much played the last three games with a broken hand”

.@WindhorstESPN reports that LeBron James played the last three games of these #NBAFinals with what was essentially a broken right hand after punching a blackboard after the Game 1 loss at the #Warriors. #WhateverItTakes pic.twitter.com/WrOp5EJOh9

This is a truly remarkable report. Not only does it show the true level of frustration James felt following the Game 1 defeat, it also helps explain his less-than inspiring shooting performances in the rest of the series.

After scoring 51 points and shooting 3-of-7 from beyond the arc in Game 1, James managed to surpass 30 points just once in the following three games, and went 3-of-11 from the three-point line in the rest of the series.

His injury will be something to keep an eye on going forward. While it certainly will not impact anything regarding his much-anticipated free agency, it will be fascinating to see what the extent of this secret injury truly was.