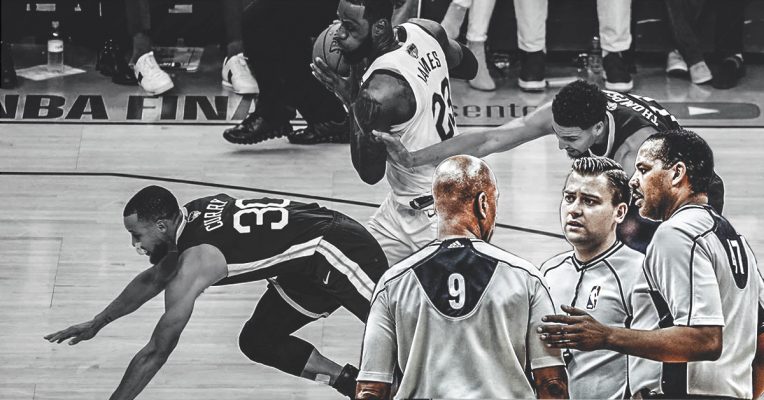 Through the first two games of the 2018 NBA Finals, Cleveland Cavaliers players and fans alike have griped about several missed foul calls that have helped swing favor towards the Golden State Warriors. On Monday, the NBA referees’ official Twitter account admitted to at least one mistake in Sunday’s Game 2.

The missed foul call came late in the third quarter of Game 2 when Stephen Curry and Klay Thompson both undercut LeBron James as he was trying to catch a pass in the open court. James touched the ball, but was unable to gain control as the ball bounced out of bounds resulting in a change of possession.

At that time in the game, the Warriors were up, 81-73, and every possession counted. For the refs to make a mistake like that on basketball’s biggest stage was inexcusable. However, with their admittance of the mistake, they did offer a reason behind the missed call.

We missed this one – it should have been a foul. The defensive player undercuts the offensive player, knocking him off balance. Unfortunately in this case the referee had a closed look at the point of contact. https://t.co/uiSqBvPvKV

This missed call alone doesn’t change the fact that the Cavs went on to the lose the game in a blowout, 122-103, but there is no way to know how this call could have impacted the rest of the game.

Now that the series is headed to Cleveland for Games 3 and 4, hopefully the whistle will begin to help the Cavs more than hurt them. They’re currently down in the series, 0-2, but a win Wednesday night’s Game 3 could help turn the tide.