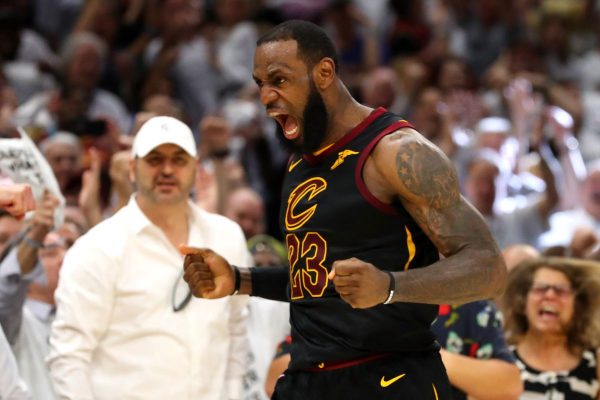 The pressure on Cleveland Cavaliers forward LeBron James to help his team reach the NBA Finals for the fourth consecutive year means that he’s once again likely to put up huge scoring numbers. Las Vegas oddsmakers are well aware of that likelihood, which is why they set a new record in posting an over-under for his final scoring number in Game 7 of the Eastern Conference finals at 38.

Highest of any player ever, actually https://t.co/VbHvzE4C3q

Another key reason for those oddsmakers putting the number so high is because of James’ track record in previous Game 7s during his 15-year career.

LeBron James has scored at least 40 points or recorded a triple-double in each of his last seven elimination games:

James’s pressure stems largely from the fact that Kevin Love will not be able to play in the contest because of a concussion suffered in Fiday night’s Game 6 over the Boston Celtics.