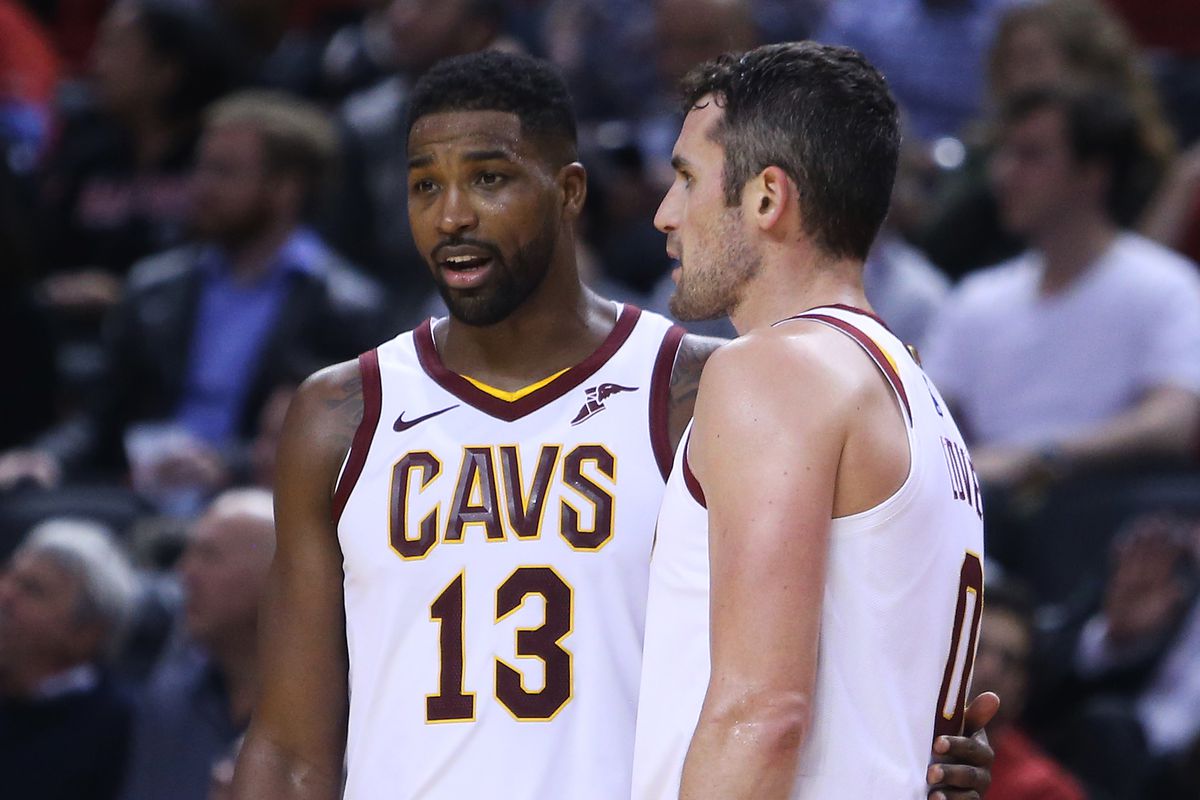 Cleveland Cavaliers center Tristan Thompson is set to become an NBA free agent at the end of the 2019-20 season, but his teammate Kevin Love is hoping that the Cavaliers are able to re-sign the veteran.

Love spoke with George M. Thomas of the Akron Beacon Journal about how excited he was to join the Cavaliers prior to the 2014-15 season, knowing he’d be sharing the frontcourt with Thompson. During Love’s days with the Minnesota Timberwolves, the two players had engaged in some spirited play on the rebounding front.

Having been Thompson’s teammate the past six seasons, Love has watched his one-time rival become a good friend whose maturity has included taking on a leadership role.

Love then offered his reasoning for the Cavaliers to sign Thompson to a new deal.

“He just works extremely hard,” Love said. “He lets his effort and that motor do so much for him. He’s just so valuable for this team and organization, so I would really hope that he’s back.”

Past discussions between the Cavaliers and Thompson’s representatives haven’t made much headway, with the Cavaliers unlikely to sign the veteran to the same type of deal he signed in 2015.

The Cavaliers have looked at the possibility of trading Thompson, but those talks have also gone nowhere.

Given the many uncertainties stemming from the NBA’s suspension of play and the effect it has on team revenues, the available salary cap for teams may affect whether they choose to sign Thompson.

The Cavaliers would like to re-sign Thompson, but not if it negatively affects their ability to continue rebuilding the team.

Love just completed the first season of a four-year contract, with efforts to trade him also going nowhere. If he does remain with the team through the rest of that deal, he’s hoping that Thompson remains by his side.