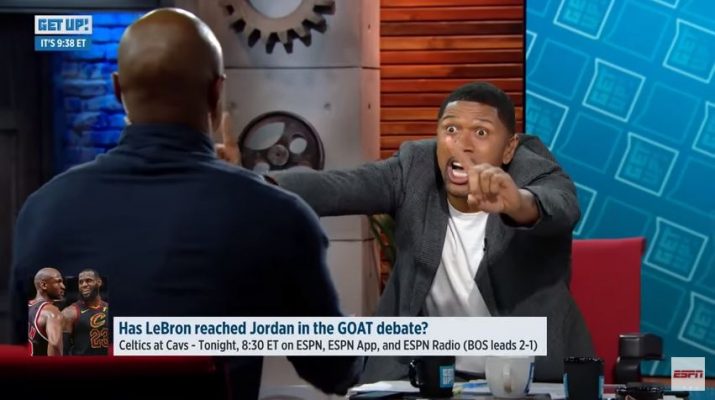 The LeBron James versus Michael Jordan argument continues to rage on as James and the Cleveland Cavaliers fight to advance to a fourth straight NBA Finals.

While many argue that Jordan is the better player because of his six championship rings, former NBA player Jay Williams has found a new way to measure the competition that he believes gives James the clear advantage.

On Monday morning’s episode of ESPN’s “Get Up!” Williams made the case that James would have bested Jordan in a one-on-one game of basketball.

“Get Up!” co-host Jalen Rose could not have disagreed more with Williams’ assertion, but there’s no denying that James has some clear advantages over Jordan when it comes to one-on-one basketball.

Unfortunately, fans will never get to see what would surely be an epic game of pickup basketball. Instead, they’ll have to continue looking for new ways to compare the two generationally dominant players.