Don't Miss
Home / Videos / Video: LeBron Reacts to Being Chosen as Underdog in Finals for Sixth Time in Career

Video: LeBron Reacts to Being Chosen as Underdog in Finals for Sixth Time in Career 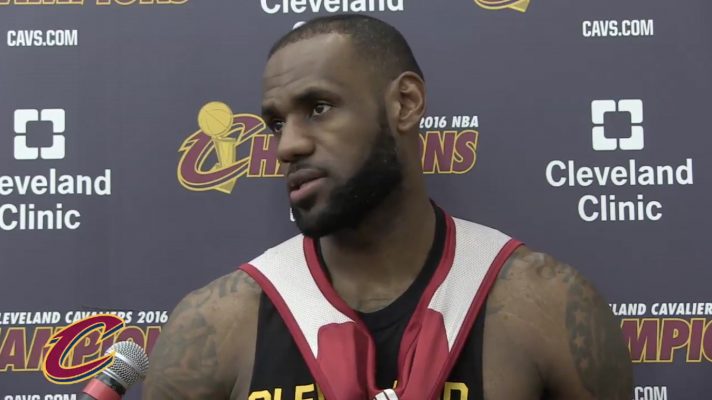 For the sixth time in his 14-year career, LeBron James and his team have been chosen as underdogs in the NBA Finals.

This time, it is his Cleveland Cavaliers that are heavy underdogs against the Western Conference juggernaut Golden State Warriors. As a matter of fact, Las Vegas is predicting that the likeliest scenario is the Warriors beating the Cavs in a mere five games.

James was asked about his thoughts on being named an underdog once again in the Finals and gave an amusing response:

The Cavs take on the Warriors in a highly anticipated rubber match in Game 1 of the Finals on Thursday night.