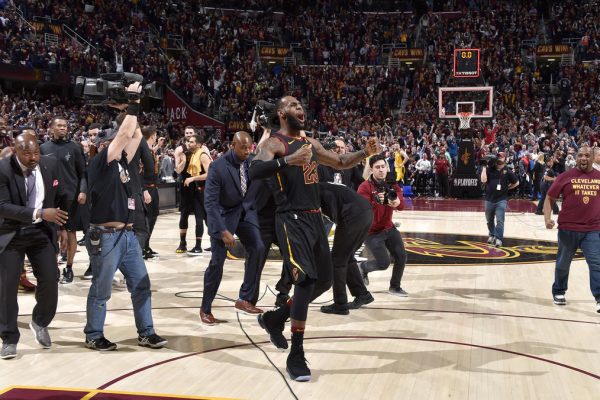 It has been 15 years since LeBron James entered the league through the 2003 NBA Draft. Most, if not all, basketball experts predicted the preps-to-pros player to carry the league on his shoulders into the next decade. Despite an inconsistent yet spectacular first season in which he was named Rookie of the Year, his career went astronomical as soon as he hit his second year.

From there, James became a perennial Most Valuable Player candidate, receiving accolades from the best players in the game including Hall of Famers. He won the prestigious MVP award four times and has continued to dominate the league well into his early 30s. Based on his latest postseason performance, the Akron native has shown no signs of slowing down.

In fact, James’ recent play suggests that he’s still getting better at a time when most players either decline or retire upon reaching their 15th season. Just look at his contemporaries from the same rookie class.

Dwyane Wade, considered the third or fourth greatest shooting guard of all time, came off the bench for the Cavs and Miami Heat in 64 of a possible 67 games this season, averaging a career-low 11.4 points per game. Carmelo Anthony wouldn’t accept a demotion to a bench role with the Oklahoma City Thunder. He had his lowest scoring output at 16.2 points per game, the first time in his career he averaged less than 20 points. Chris Bosh, one of the elite power forwards during his heyday, was forced to retire from basketball due to an illness that has kept him from playing in the league since the 2015-16 season.

In contrast to these former superstars, James had one of his best seasons ever, averaging a near triple-double with 27.5 points, 8.6 rebounds and 9.1 assists per game. He has elevated his play in the postseason with averages of 33.4 points, 9.2 rebounds and 9.2 assists on a nightly basis. Those are numbers from a player at the peak of his game, not someone who has had as much mileage on his body as James has had.

His current assist numbers are his highest in the postseason while his scoring is the third best of his playoff career.

A superstar’s peak usually ranges between five to eight years depending on the player’s health. The Cleveland Cavaliers forward appears to have extended his prime to more than 10 years as he has seemingly discovered the fountain of youth.

In a radio interview with Fox Sports Radio’s “Chris and Caron,” Los Angeles Lakers legend Kobe Bryant was asked what impressed him about James and his current postseason success.

Bryant was also queried about whether he sees James’ game evolving in much the same way that his own game did as he grew older.

“Yea, the way he’s being used right now is a little different than he has been used in the past,” Bryant responded. “I thinking he’s understanding the importance of conserving energy. In the past, they ran a lot of Screen-rolls for him and a lot of angles. He’s out about 35 to 40 feet away from the hoop and then penetrating to the paint. You don’t really see that too much now. You see him operate at the elbows, below the free-throw line and the deep corner. From those positions, he can take 1 to 2 dribbles and raise up and shoot. He can get to those spots, he can get to that right shoulder very comfortably where he can fade away. He certain evolved his game. He didn’t have that when he first came into the league. He evolved his shooting, ability to post and fade. It’s serving him well.”

In just 13 playoff games this year, James has scored at least 42 points five times and has recorded three triple-doubles so far. That’s not all. He has also knocked down two game-winners at the buzzer, giving him two more buzzer-beating shots than Michael Jordan in the postseason.

We're back at it again…

LeBron James connected on his 7th career go-ahead shot in the final 5 seconds of the 4th quarter/OT in his playoff career.

His 2 buzzer-beaters this postseason are 1 shy of MJ's career playoff total. pic.twitter.com/Uh61h9WwsT

He looks more relaxed on the court than ever regardless of how much load he has had to carry for the Cavs or how little time is left on the clock to win a ball game.

Despite a dip in his performance in the Game 1 loss of the Eastern Conference Finals against the Boston Celtics, the 14-time All-Star bounced back as expected and delivered a 40-point triple-double with 42 points, 10 rebounds and 12 assists. As he has proven time and time again, when the odds are stacked against him, that’s when James rises up to the challenge.

In 3 games following a loss this postseason (all vs Pacers) LeBron James averaged 41.0 PPG on 63% shooting.

Unfortunately, the Cavs lost again 107-94. James played well enough for the Wine and Gold to win but he needed the other role players to perform well. If not for Kevin Love’s 22 points and 15 rebounds, the team would have suffered a more embarrassing loss.

Regardless, this is a different player we are seeing in these playoffs. This is James at his finest, someone who is unfazed by the moment and one who thrives in adversity. That may sound cliché but that is the appropriate way to describe the level of play that James has been showcasing recently.

Game 3 will tip off at the Quicken Loans Arena on Saturday and may heaven help whoever is assigned to guard him.