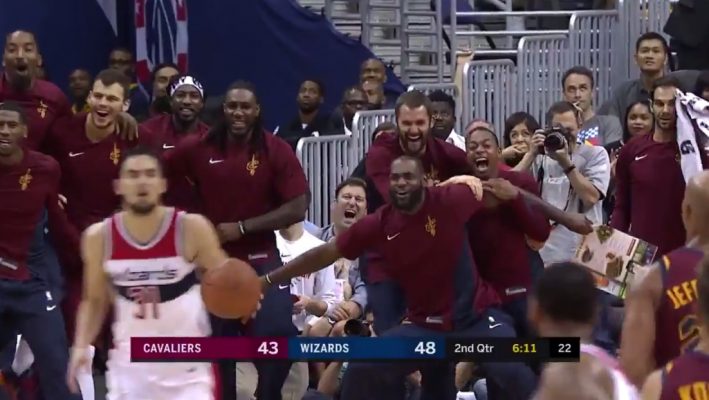 Cleveland Cavaliers forward Jeff Green may have had several health issues in the past, but that all seems to be behind him as the 31-year-old has been playing well in his stint with the Cavs thus far.

Watch as Green throws down the nasty left-handed facial on Washington Wizards center Ian Mahinmi, followed by an eruption from the Cavs bench.

Green is currently leading the Cavs with 17 points and six rebounds as they look to pick up their first victory of the preseason.