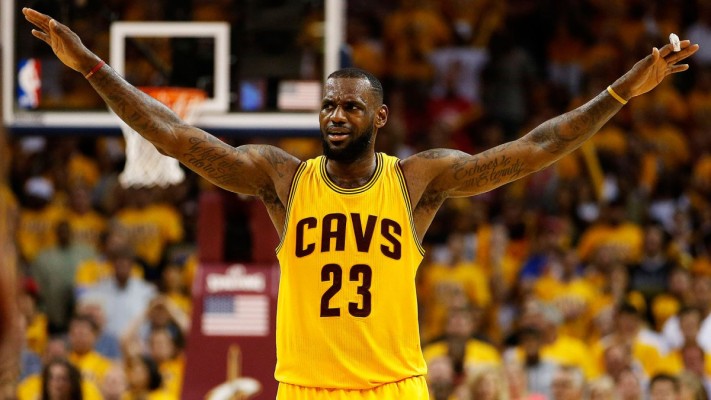 But is there another player rapidly approaching that title? After the Cleveland Cavaliers knocked off the Atlanta Hawks behind a historic night from LeBron James (first player to notch 37 points, 18 rebounds, and 13 assists in a playoff game), LBJ’s teammates are saying he is close.

“The only thing that he’s missing is a couple more championships and then it’s a wrap,” teammate Kendrick Perkins said. “Right now, we have arguably the best player to ever play the game. I’m just saying, man. I’m not taking anything away from Jordan, but all he’s missing is titles. A couple more titles and that’s it.”

“Just think about it, truthfully, if he wanted to, he could win the MVP every year,” Perkins added. “Think about that. He averaged 25 [points], 6 [rebounds] and 7 [assists]. That’s absurd, and people are like ‘he had a down year.’ That’s crazy talk. When it’s all said and done, he’ll probably be the best the game has seen.”

J.R. Smith agreed. Although he isn’t ready to say James is better than Jordan just yet, he says there’s an argument that could be made.

“That’s one hell of a debate,” Smith said. “Honestly, in my opinion, if it’s not Jordan, then it’s him. It used to be no question. It was a landslide. It was Jordan. Now, you have to consider my boy.”

So the question remains: is LeBron James close to dethroning Michael Jordan as the greatest player of all-time?