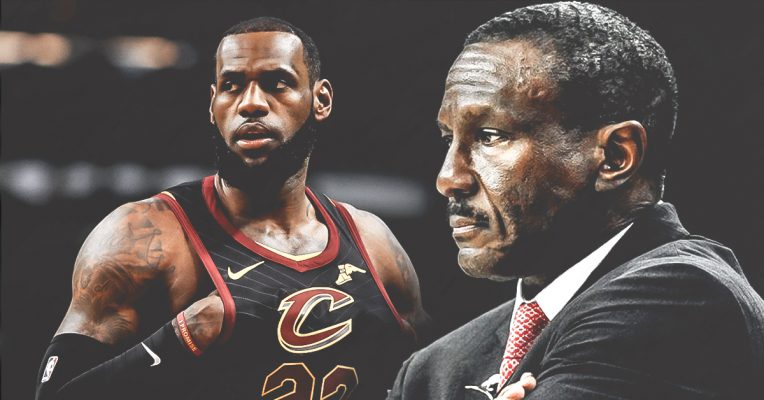 Less than a week after their season came to a screeching halt, the Toronto Raptors have fired head coach Dwane Casey.

Raptors president Masai Ujiri expressed gratitude towards Casey within a statement regarding his termination.

The Cavs have now bounced the Raptors out of the playoffs in each of the last three seasons. This season’s series ended in an embarrassing display for the Raptors, when they fell to the Cavs, 128-93.

Following the embarrassing loss, Raptors star DeMar DeRozan commented on his team’s inability to overcome the Cavs in the postseason.

“The last three years have been rough for us, competing against this team,” said DeMar DeRozan. “Maybe they just got our number, things just don’t go right for us, whatever it is, it could be a lot of things. All I know is the last three years they have been the reason why we haven’t advanced.”

Now, with the Casey era over in Toronto, it will be interesting to see who Ujiri and company target to try to pick up the pieces and prepare for next season. Only time will tell if they will manage to get over the hump, and the Cavs, next season.