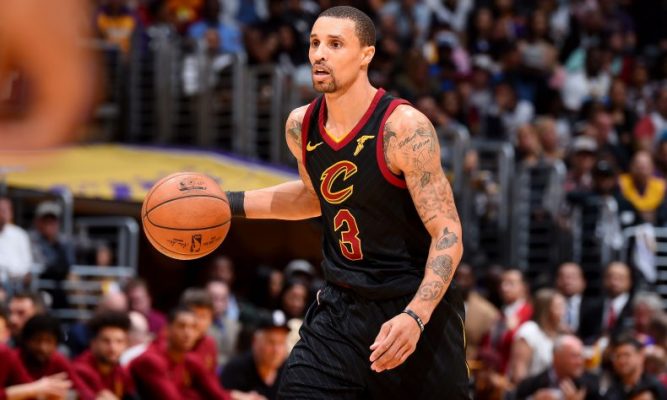 With Cleveland Cavaliers point guard George Hill taken out in the fourth quarter of Game 3 against the Indiana Pacers due to an ailing back, there was uncertainty regarding his status for Sunday’s Game 4.

However, according to Cavs head coach Tyronn Lue, Hill will sit out Sunday night’s critical Game 4 as the Cavs look to avoid going down 3-1 in the first round of the NBA playoffs.

Tyronn Lue says that Jose Calderon is starting Game 4. George Hill is out.

Starting in Hill’s place will be Jose Calderon, who has actually fared well in his games as a starter.

In his 57 games played this season, Calderon has averages of 4.5 points and 2.1 assists per game.