Report: George Hill Questionable for Game 4 vs. Pacers Due to Back Spasms 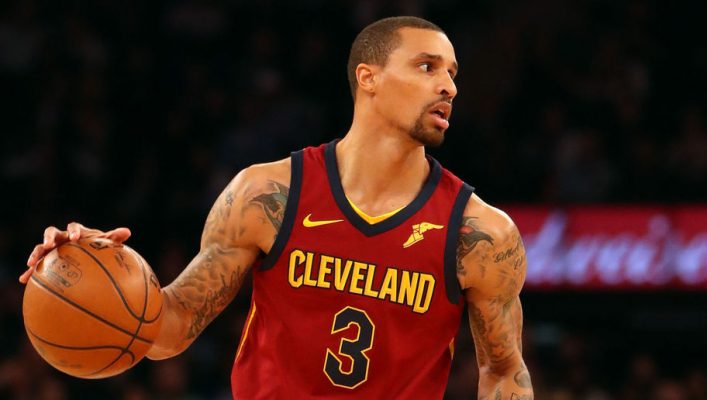 Veteran Cleveland Cavaliers guard George Hill was one of the key reasons for the team’s first-half success in Friday night’s Game 3 matchup against the Indiana Pacers. However, Hill was less effective in the second half and was barely used at all in the fourth, with the reason for that drop in production being explained by Cavaliers’ head coach Tyronn Lue after the game.

George Hill was barely seen in the fourth quarter because his sore back acted up, Lue said

The origin of Hill’s back trouble dates back to Game 1, when he was on the receiving end of a pick from the Pacers. In that instance, Hill was unaware of the Pacers player setting the pick until the collision took place. His play was noticeably affected in that contest, playing just under 19 minutes and scoring just seven points in the 98-80 loss.

Friday night’s defeat saw the Cavs score just 33 points in the final two quarters after racking up 57 in the first two periods. Hill ended his night by playing just over 23 minutes and scoring 13 points, all but two of them coming in the first half. His lack of second-half playing time explains in part how the Pacers were able to make up their 17-point halftime deficit and come away with a 92-90 victory.

On Saturday afternoon, Hill’s status for Game 4 on Sunday night in Indianapolis was updated:

George Hill is having an MRI today on his sore back. He's questionable for tomorrow.

Cleveland is facing a must-win situation in the game since a defeat puts it in a position of trying to come back from a 3-1 deficit in the best-of-seven series.