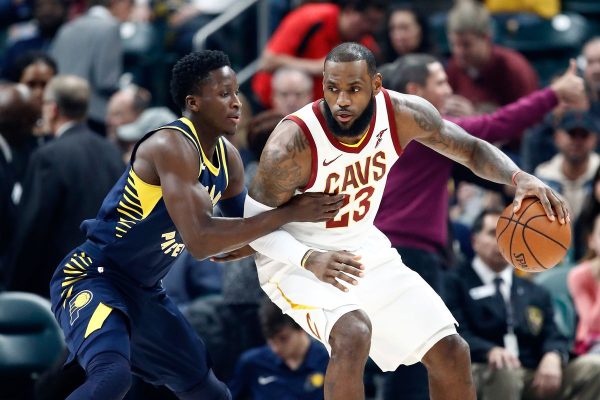 Following the conclusion of their 2017-18 regular season on Wednesday night, the Cleveland Cavaliers are set to begin preparing to face the Indiana Pacers in the first round of the NBA playoffs this weekend. If that matchup sounds familiar, it’s because the same two teams met in the opening series of last year’s postseason, with the Cavaliers coming away with a sweep.

Of course, winning the two playoff games in Indiana last year were agonizingly difficult, with Game 3 requiring a comeback from a 26-point deficit and Game 4 going down to the final buzzer. Even Game 1 in Cleveland saw another nail-biting finish.

This season, the Pacers managed to win three of the four matchups, including their own 22-point comeback in a 97-95 victory on Jan. 12. However, each game was played before the roster upheaval that saw four newcomers added to the Cavs roster.

So in reality, the Cleveland team that takes the court against Indiana will be one that in no way resembles the struggling entity that competed during the regular season. In addition, the playoffs are a completely different animal, where each game is actually important and scheduling is more consistent.

Below are some factors to consider in this upcoming series:

The Value of Health 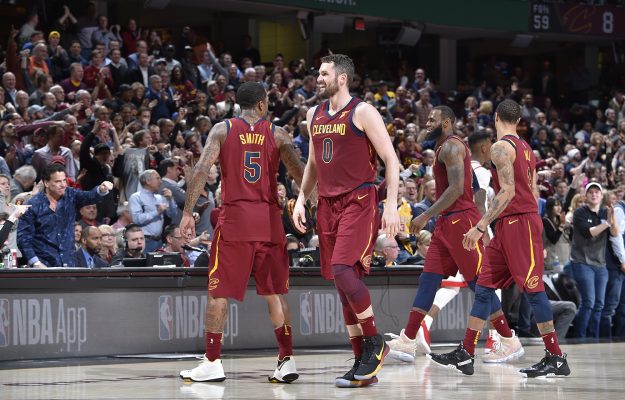 Keeping players healthy has been the Cavs’ toughest job during the 2017-18 season. The fact that even their head coach, Tyronn Lue, was sidelined for a few weeks because of health concerns is indicative of the level of chaos that the team has endured over the past six months.

The good news for the Cavaliers is their roster is in mostly good health, with only guard Rodney Hood sitting out the finale against New York due to a left Achilles soreness. Having a full roster in place is something that the Cavs might actually be unfamiliar with, especially considering that they’ve had to put 29 different starting lineups on the court this season. As Cleveland painfully discovered three years ago, postseason injuries can doom dreams of a title.

One of the Cavaliers’ major flaws all season has been their often-lax defense, which is a component that’s long been tied to winning championships. Getting consistent stops against the Pacers and tightening drives into the paint would help take the right steps forward in this department.

In last year’s series, the Cavaliers had to deal with Paul George. This year, the target they need to focus on is Victor Oladipo, who came from Oklahoma City in a deal that sent George to the Oklahoma City Thunder. Back in December, Oladipo scored 33 in a four-point win over the Cavaliers, which ended a 13-game winning streak. Over half (18) of Oladipo’s points that night came via his six 3-pointers, an area that’s caused problems for the Cavs. 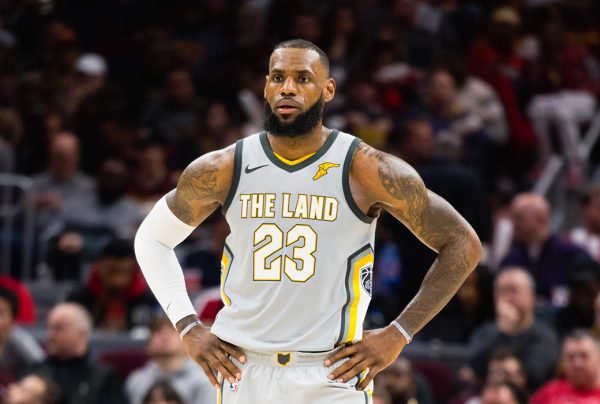 The Cavaliers have multiple weapons at their disposal, though none are as potent as LeBron James, who’s put up MVP-caliber numbers in his 15th season. The Pacers have to find a way to control him, even though he’s averaged 27.5 points, 9.3 rebounds and 7.4  assists in his last 12 first-round clashes. Yet, even if they’re able to accomplish that monumental task, Kevin Love represents a consistent double-double threat and other players have the potential to supplement the production of James.

Given James’ past history with the Pacers’ Lance Stephenson, the latter can be expected to try and knock the veteran Cavalier off his game. He was able to do that in some fashion back in January, leading to a costly technical being whistled on James. However, that came at a time when the wheels appeared to be coming off of not only that game, but the Cavs’ season as well. James is battle-tested enough to avoid again falling into a similar trap.

In the four seasons since James has returned to Cleveland, the Cavaliers have won at least 50 games every year. In each of those years, the team had gone through sluggish periods only to turn it on once the postseason arrived. This year marks the fewest (50) victories in those four seasons, though given the extenuating circumstances the team has faced all year, that’s hardly a problem.

The three previous first-round matchups have seen the Cavaliers come up with a four-game sweep each time, reinforcing the idea that they get the job done when it counts. Making quick work of the Pacers would go a long way toward showing that the Cavs have momentum in their favor, while an extended struggle might be the onset of trouble ahead.

Realistically, the Cavaliers should win this series over the Pacers in no more than five games. They’re playoff-tested and bring a spotless 12-0 mark in their opening series over the past three years. In fact, James’s teams in Cleveland and Miami have never lost a first-round series, and don’t figure to start in this case After all, he’s got a streak of 21 consecutive wins in the opening series and hasn’t lost since 2012.