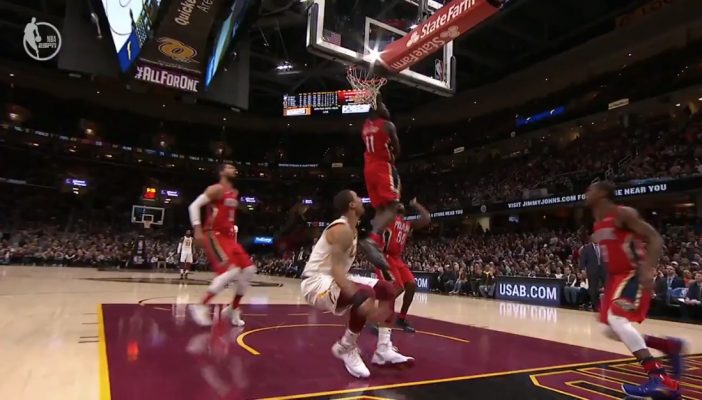 The injury woes of the Cleveland Cavaliers continued during the third quarter of Friday night’s game against the New Orleans Pelicans.

In this instance, veteran point guard George Hill was the latest addition after he stepped on the foot of a Pelicans player while driving to the basket and stayed down when he landed on the ground, visibly wincing in pain with an apparent left ankle injury.

George Hill left the game after going down with an apparent ankle injury pic.twitter.com/xtBZXZtnsh

Hill’s injury occurred with 6:35 left in the third period, with the Cavaliers trailing 71-59. He had to be helped to the Cavaliers locker room, which puts his status in limbo beyond this contest. Veteran Jose Calderon took his place in the lineup.