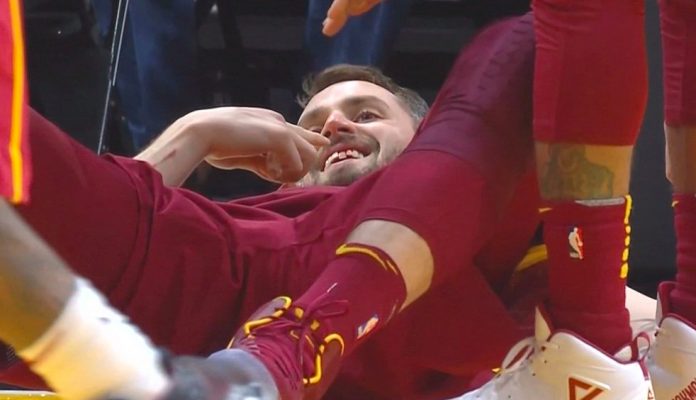 The Cleveland Cavaliers are currently trailing the Miami Heat by a large deficit, and to exacerbate their woes is some unfortunate news regarding starter Kevin Love.

Love, who had just returned recently from a fractured left hand, had to exit the game in the opening minutes after being elbowed in the mouth.

Kevin Love will not play the second half, the team says. He was re-evaluated at halftime. (And the Cavs are down 20 and can't get out of their own way.)

The big man had one of his front teeth knocked loose and tried to return, but was obviously in too much discomfort to finish the game.

Love played just seven minutes in the game, finishing with just one point and one rebound.