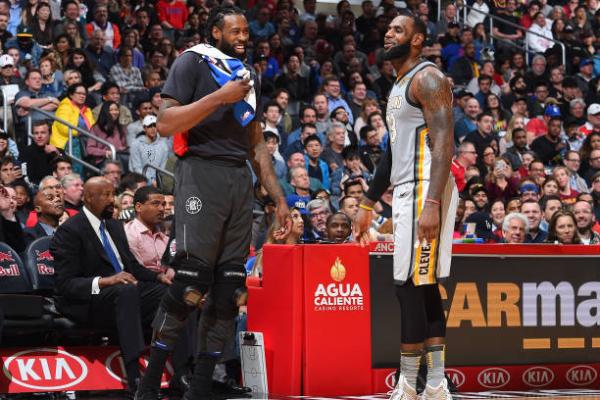 In the months leading up to the Feb. 8 NBA trade deadline, the name of Los Angeles Clippers center DeAndre Jordan was strongly connected to trade speculation involving the Cleveland Cavaliers. That never materialized, but after Jordan put up a 20-point, 23-rebound performance against the Cavaliers on Friday night, LeBron James reflected on what the addition might have meant to the team.

“I don’t play fantasy basketball,” James said, as quoted by Joe Vardon of Cleveland.com. “I knew the conversations were going on from the outside. I seen it. If it would have happened it would have gave us a boost but it didn’t happen so you move on.”

Whether or not Jordan was motivated by the Cavaliers not making that deal remains uncertain. Just prior to the trade speculation that began in November, Jordan had another solid performance against the Cavs during their Nov. 17 game at Quicken Loans Arena. In that contest, he scored 22 points and hauled down 20 rebounds, while shooting 10-of-12 from the field.

The 30-year-old Jordan is expected to opt out of his current contract at the end of the season and enter the free agent market. That uncertainty was one reason why the Cavaliers were reluctant to pull the trigger on any deal, with another being the reported asking price by the Clippers: the Nets’ first-round pick that the Cavs acquired as part of the Kyrie Irving deal last August.