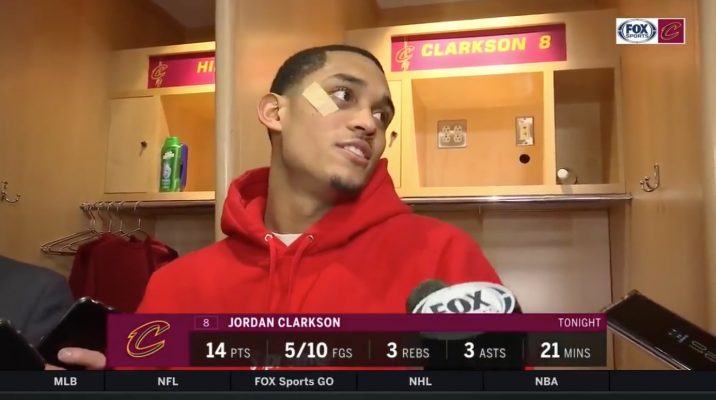 Earlier this week, LeBron James raised awareness towards his belief that he has not been receiving enough foul calls as of late, arguing that NBA officials value players that shoot from deep as opposed to players like James who drive to the basket.

Some have agreed with James and some have chalked it up to a superstar complaining about not getting what he wants. Following the Cleveland Cavaliers‘ win over the Brooklyn Nets on Tuesday night in an uncannily similar fashion to Kyle Korver, Jordan Clarkson broke down both sides of the argument in the exact same way.

After last night’s victory, Clarkson answered a similar question from the Cavs’ locker room and offered an almost identical response.

“There’s a guy on our team, when you play against him you’re like, ‘Man, he gets all the calls,'” he said before looking over to Korver who was just off camera. “He just told me that. He just said the same exact thing. And [when] he on your team you’re like, ‘Dang, he really don’t get that many calls.'”

Ever so fittingly, James earned only three shots from the stripe in Tuesday night’s victory despite taking 25 field-goal attempts.