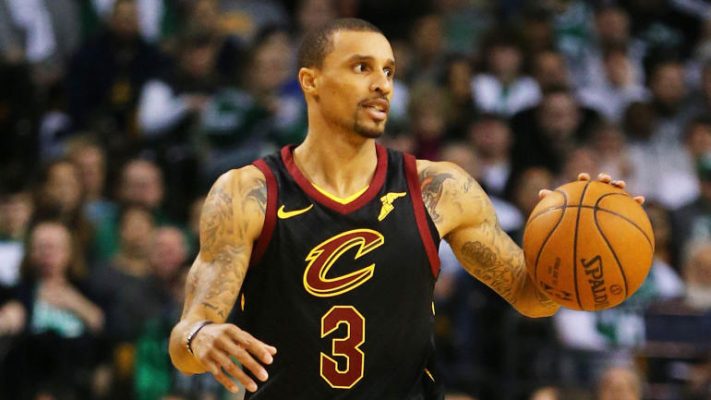 For the Cleveland Cavaliers, the injection of fresh talent thanks to last week’s trades is an opportunity to right the ship on what has been an incredibly turbulent season. For the players that were sent to Cleveland, it is an opportunity to play alongside LeBron James and compete for an NBA championship.

All four players that were added to the roster last week came from teams that were on the outside looking in in regards to the current playoff standings. Now, they are on a team sitting comfortably at the No. 3 seed in the Eastern Conference, and get to take the court with the man who has advanced to seven straight NBA Finals.

The opportunity has not been lost on point guard George Hill, who told Cavs head coach Tyronn Lue exactly how much he is willing to do for his new team.

So far, Hill is averaging 9.5 points, 2.5 assists, and 2.0 rebounds per game with the Cavs. Much of why he was brought to the Cavs, however, was for his defensive acumen. In his first two games wearing the Wine and Gold, Hill held Kyrie Irving to 18 points and 1-of-7 shooting from beyond the arc, and held Russell Westbrook to 21 points on 7-of-19 shooting from the field.

There is no telling just how much this revamped Cavs team can achieve this season. It seems clear, however, that Hill is willing to do what ever is asked of him to try and help bring another NBA championship to the Land.

cleveland cavaliersfeaturedGeorge Hillnews tickerTyronn Lue
← Previous Story LeBron’s Recent Instagram Post About Jordan Clarkson Will Get Cavs Fans Hyped
Next Story → Patrick Beverley: ‘Any Team LeBron Is on Is a Lock to Come Out of Anywhere’