Video: LeBron James and Kyrie Irving Show Each Other Love After Game With Secret Handshake 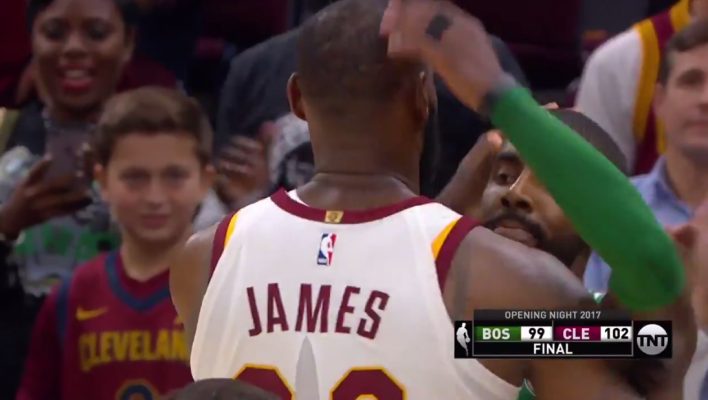 After a thrilling contest between the Cleveland Cavaliers and Boston Celtics came down to the final possession on opening night, former teammates LeBron James and Kyrie Irving showed each other no hard feelings once the final buzzer sounded.

With the Celtics down 102-99, the Celtics star point guard missed what would have been a game-tying 3-pointer as time expired in the fourth quarter. Immediately after, James and Irving shared a secret handshake and a big hug together.

It appears there is still plenty of love and respect between Irving and the Cavs, even though things could have gone more smoothly during the offseason when Irving was shockingly traded to the Celtics.