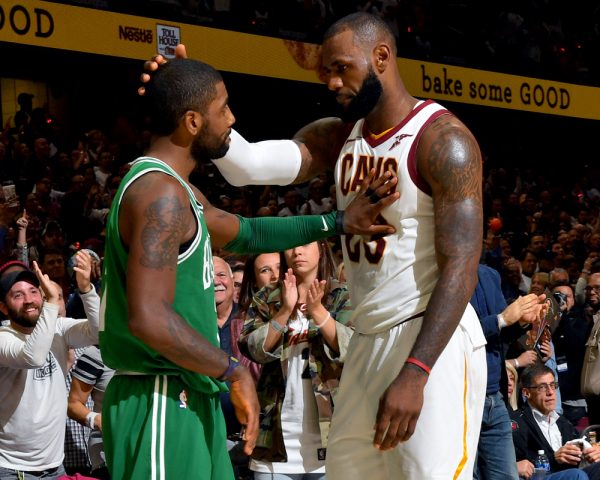 The trade that sent Kyrie Irving to the Boston Celtics is in the past, but its effects are still being felt across the NBA. As the Cleveland Cavaliers struggle to recapture their success from previous seasons, the Celtics currently enjoy the best record in the Eastern Conference.

It’s hard not to imagine how the Cavs’ current season might be different if Irving was still wearing the Wine and Gold, and it seems that if LeBron James had gotten his way, he still would be.

According to ESPN’s Brian Windhorst, James campaigned within the organization for the Cavs to keep the All-Star point guard despite his trade request:

“There was excitement in Cleveland for the pieces the Cavs got in the Irving trade. But as the season has unfolded, second-guessing has been developing. James himself was publicly supportive, but it is no secret within the organization that he was against trading Irving after the demand (and well before the now-famous Arthur tweet). It’s fair to wonder what might’ve happened had the Cavs simply told Irving, who was under contract for two more years, they weren’t trading him, as the (San Antonio) Spurs held the line with (LaMarcus) Aldridge.”

Even with their current struggles, the Cavs are still in great position to make the Eastern Conference Finals this season. Still, questions are starting to arise if they can advance to a fourth straight NBA Finals.

It is certainly interesting to wonder how things could have gone differently in the past, but it doesn’t change the fact that the Cavs are now looking at a very uncertain future.