Video: LeBron Says Rumors of Him Going to Lakers Is ‘Stupid Noise’ 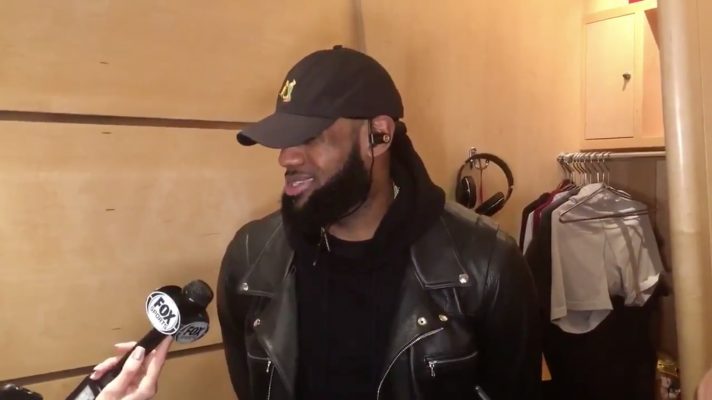 LeBron James added fuel to the rumors that he is headed to Los Angeles this offseason when he and Los Angeles Lakers star rookie Lonzo Ball were seen having a private conversation on the court following Thursday night’s matchup.

Some inferred that James wanting to keep the subject matter of the conversation private indicated that it was about the two playing together on the Lakers next season. James spoke to reporters following the game, however, to let them know that he’s not paying attention to any rumors regarding his future.

“I don’t see the reaction because I don’t get involved in it. I don’t do it to get a reaction, I do it because he’s said over and over since he was growing up who he modeled his game after and who was his favorite player and it was me and I was humbled by that,” James said. “I see all the stupid noise that happens. I can’t find a place in L.A. I can’t live in L.A. It’s funny noise, but I don’t get involved in it because when I post things I don’t look at comments, I’m so far removed from the white noise and the noise that doesn’t matter.”

We may never know what James and Ball truly discussed in their postgame chat, but it is clear that the King is focused on one thing right now, and that’s finding success this season. All the white noise can wait until he’s left everything on the court in pursuit of another NBA championship.