LeBron James Explains How Much Pressure He Felt in NBA Debut vs. Kings 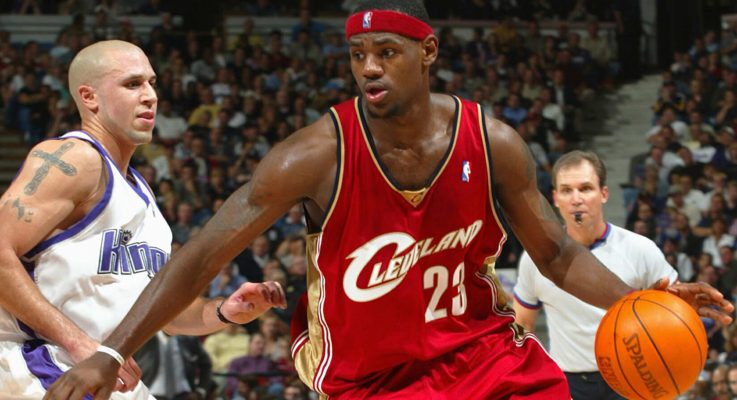 Despite the passage of more than 14 years, the NBA debut of Cleveland Cavaliers forward LeBron James remains a seminal moment in league history. The amount of pressure on the then-18-year-old James was immense, given his new status as savior of a struggling franchise.

James recalled the tension connected to that debut against the Sacramento Kings during an appearance on the “Road Trippin'” podcast:

“I was so nervous. I had just watched Sacramento the last two or three years in the WCF versus the (Los Angeles) Lakers,” James said. “They got those cow bells in the stands going crazy. Everybody looking for me to fail. That was so much [pressure]. It was too much.”

In that memorable contest on Oct. 29, 2003, James played 42 minutes in the Cavaliers’ 106-92 loss to the Kings. Despite the defeat, James acquitted himself well by delivering 25 points, nine assists and six rebounds, while hitting 12-of-20 shots from the field.

Now in his 15th season, James has more than lived up to the projections of greatness that were offered at the time. The combination of four regular season Most Valuable Player awards and being a member of three NBA championships has already cemented his legacy among the greats of the game.

In the latter case, James was named NBA Finals MVP after winning each of those titles. His play thus far in the 2017-18 campaign puts him in strong contention to win a fifth MVP nod.