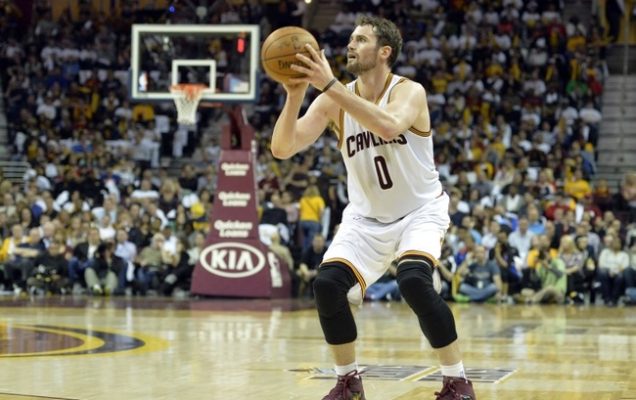 (Cleveland OH) – Unable to stop 71 percent shooting from the field during the second quarter, the Cleveland Cavaliers watched their preseason record drop to 2-2 with a 119-94 loss to the Toronto Raptors (2-2) at Quicken Loans Arena on Thursday night.

The two teams traded leads in the second period until Toronto’s Cory Joseph hit a 3-pointer with 7:20 left before the half to give the Raptors a 43-42 lead. That sparked a torrid 29-8 run that sent Dwane Casey’s squad into intermission holding a 69-50 advantage.

Any chance the Cavs had of getting back into the game after the break was stopped by the Raptors connecting on 65 percent of their field-goal attempts in the third quarter. That made it 95-73 at the end of the third, with starters like Kevin Love and Kyrie Irving sitting out the final quarter.

Similar to Toronto’s mid-game splurge, it was the Cavaliers who started off hot, scoring 20 points in just over four minutes of action at the game’s outset. That afforded them a 10-point advantage, but they quickly cooled off and ended up only leading by a single basket, 31-29, by the time the first quarter horn had sounded.

Love led Cleveland with 19 points and five rebounds, with Irving adding 13 points and eight assists. However, Irving did struggle from the field, connecting on just five of his 15 attempts. One positive for the Cavs was the return of Tristan Thompson. He played 21 minutes, scoring eight points and grabbing three rebounds.

Channing Frye suffered a mild sprained ankle early in the game, but the injury isn’t considered serious. He is expected to sit out Friday’s game against the Bulls.

The Cavaliers now head to Chicago for their fifth preseason game on Friday night. LeBron James is scheduled to rest for the third consecutive game before returning for next Tuesday’s matchup in Columbus against the Washington Wizards. Tipoff for the Bulls game will be just after 8 p.m. ET.