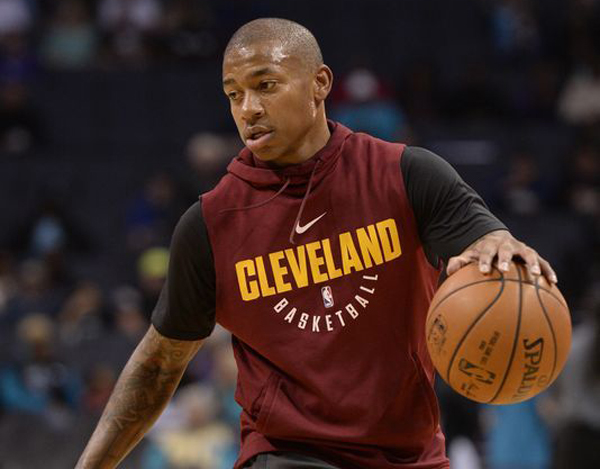 The anticipation of seeing Isaiah Thomas officially take the court in a Cleveland Cavaliers uniform has been something that’s been building up over the past few months as he continues his rehabilitation from an injured hip. On Sunday night, Thomas offered a subtle hint through social media that the agonizing process that’s been closely watched by everyone in the Cavaliers organization and fans could be winding down.

Thomas was a key part of the deal the Cavs made in August when they sent disgruntled point guard Kyrie Irving to the Boston Celtics. The other two players that came along with Thomas, Jae Crowder and Ante Zizic, are currently on the Cleveland roster, with Crowder part of the team’s starting lineup.

The Cavaliers are hopeful that Thomas could be back at some point in December. He’s been increasing the progression and intensity of his rehabilitation and workouts in an effort to return from a hip injury that ended his season prematurely in the Eastern Conference finals last spring.

The absence of Thomas has been especially notable because of the fast start that Irving has had with the Celtics. In addition, an ankle injury to fellow Cavaliers point guard Derrick Rose has kept him out of the lineup for much of the early season and puts his future status in question.

When Thomas does return, the Cavs are hoping that he’ll resume his production level from last season, when in 76 regular season games, the 5-foot-9 Thomas averaged 28.9 points and 5.9 assists. In his 15 playoff games, he averaged 23.3 points and dished out an average of 6.7 assists, while also dealing with the tragic death of his younger sister in an auto accident.