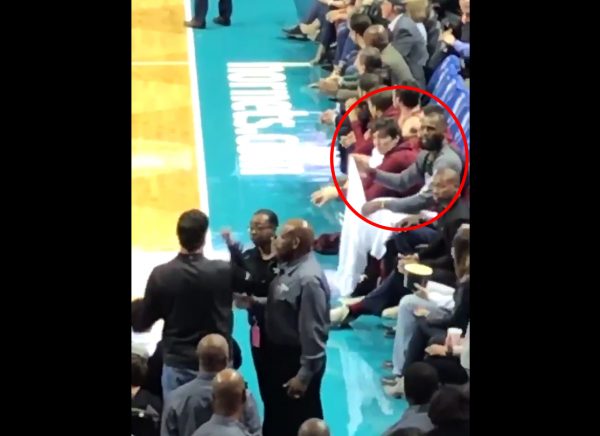 The Cleveland Cavaliers played in an all-out battle against the Charlotte Hornets on Wednesday night and walked away with the win, 115-107. Unsurprisingly, much of the victory can be credited to LeBron James who came out fighting in more ways than one.

James, who had 31 points, eight assists, six rebounds, and two steals in the game displayed his competitiveness throughout the game. He was even seen arguing with a Hornets fan from the Cavs bench after picking up his fourth foul in the game.

LeBron James arguing with a fan after getting his 4th foul. The fan was escorted out following the altercation. #Hornets #Cavs pic.twitter.com/BolkOT7rsG

The fan was later escorted out of the game and James went on to lead his team to their fourth victory in five games and eighth victory on the season.

The four-time NBA MVP has recently been showing a level of competitiveness usually reserved for the playoffs as he works to help his team out of their early-season rut. Hopefully his teammates will begin to follow suit so the Cavs can continue enjoying their recent winning ways.