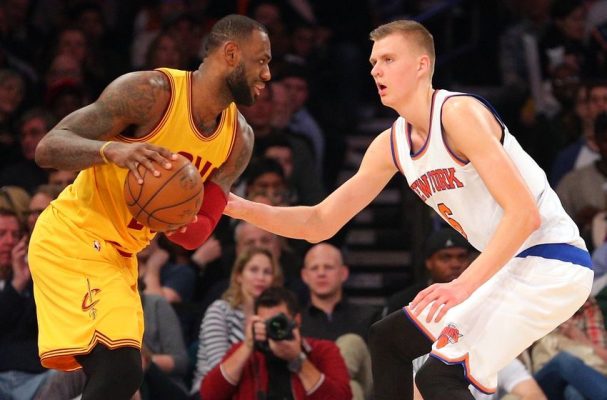 Cleveland Cavaliers superstar LeBron James continues to take shots at the city of New York and its basketball players as his Cavaliers came back in epic fashion on Monday night, as they rallied all the way back from a 23-point deficit to defeat the Knicks, 104-101.

James’ latest jab came via an Instagram post, as he claimed himself the king of New York.

Never one to hold his tongue, Knicks big man Enes Kanter replied to James’ comment with one of his own, claiming that the only king of New York is rising star Kristaps Porzingis.

Enes Kanter on LeBron James’ “King of New York” reference on Instagram: “We already have a king. It’s Kristaps Porzingis.”

As a matter of fact, Porzingis himself replied in a subtle manner via his Instagram story.

Kristaps Porzingis instagram story update after LeBron says he's the King of New York, video of him in car listening to 'Back to Back'

“Can’t fool the city man they know what’s up” pic.twitter.com/ZMJ7i2x1jD

If you listen carefully, you can hear Porzingis playing Drake’s “Back to Back,” with the lyrics undoubtedly referencing James’ comments about calling himself the king of New York.