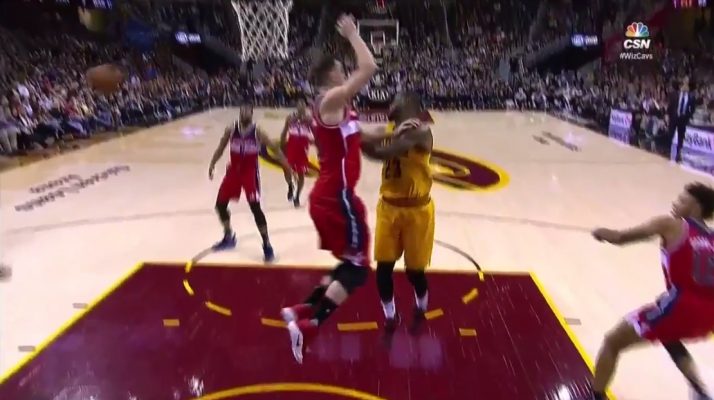 On Saturday night, the Washington Wizards crushed the Cleveland Cavaliers at Quicken Loans Arena by a score of 127-115. However, the loss at home wasn’t the only blow Cleveland endured.

Watch as four-time MVP LeBron James takes a brutal knee to the groin from Wizards big man Jason Smith in the fourth quarter:

Fortunately, the King was able to get up and complete the game. The 32-year-old finished the Eastern Conference battle with 24 points, 11 rebounds and eight assists in 41 minutes.

With 10 games left in the regular season, James will need all the help he can get to ensure the Cavs finish the season with the first seed in the East.

The Cavaliers take on the San Antonio Spurs at 8 p.m. ET. on Monday in Texas.