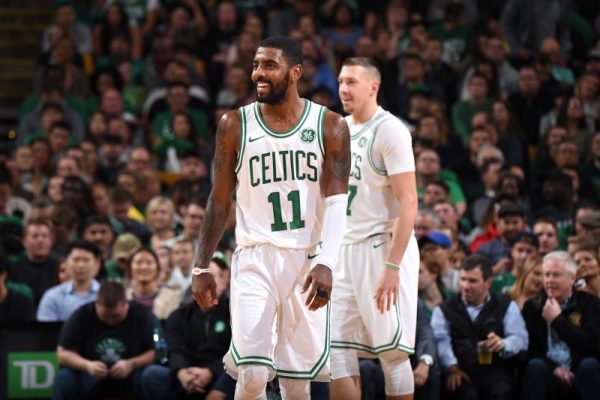 Irving spoke to University of Connecticut women’s basketball coach Geno Auriemma on his “Holding Court” podcast about what it’s like to play for Stevens and said that he was “unbelievably craving” a tactical partner like Stevens.

It’s not the first time that Irving has showered praise on Stevens. During the Celtics’ media day in September, Irving had indicated that his respect for Stevens grew after playing for him in February’s All-Star Game, offering his reasons.

“Because he is that intellectual,” Irving said, according to NBC Sports Boston. “He is that high-character guy. He’s growth-oriented. He wants the best for his team. He’s realistic about his goals, about the mission.

“That’s who he is. He’s a smart individual that knows basketball.”

In recent months, Irving’s comments about former teammate LeBron James, which included citing his presence as the reason he asked for a trade and negatively comparing the city of Cleveland to that of his new home in Boston, have elicited plenty of controversy.

During Irving’s six years with the Cavaliers, he’s played for four different head coaches. His 18-month stretch with Lue appeared to be a good one, though the point guard’s most recent remarks appear to be a true window into his actual opinions.