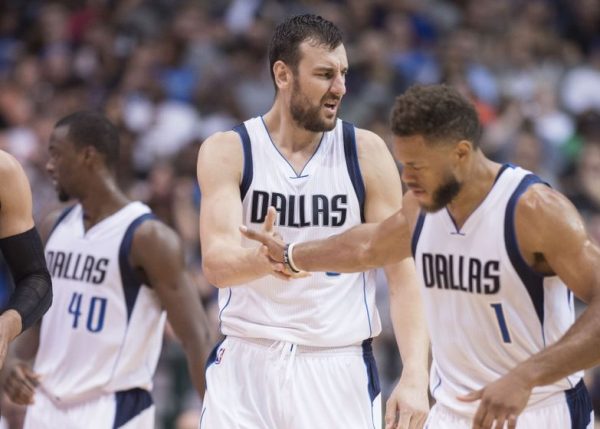 The Cleveland Cavaliers appear to be on the verge of signing both point guard Deron Williams and veteran center Andrew Bogut according to multiple reports. The 7-foot Bogut is expected to be bought out by the Philadelphia 76ers after having been traded to them by the Dallas Mavericks on Thursday.

Source: belief amongst many NBA teams is that Andrew Bogut is heading to Cleveland. Deron Willlams, as I reported is signing w/#Cavs as well

Signing Bogut would keep the Golden State Warriors from bringing him back after having dealt him to Dallas last July. Ordinarily, the Warriors wouldn’t be able to acquire Bogut for at least a year following the trade, but because the Mavericks were the last team to trade him, a loophole in the league’s CBA removes that restriction.

Bogut is 32-years-old and averaged 3.0 points and 8.3 rebounds in 26 games with the Mavericks. He also provides size in the paint and has a career 1.6 blocks-per-game average.