Don't Miss
Home / Rumors / Report: Kyrie Irving Has No Intention of Trying to Work It Out With LeBron James

Report: Kyrie Irving Has No Intention of Trying to Work It Out With LeBron James 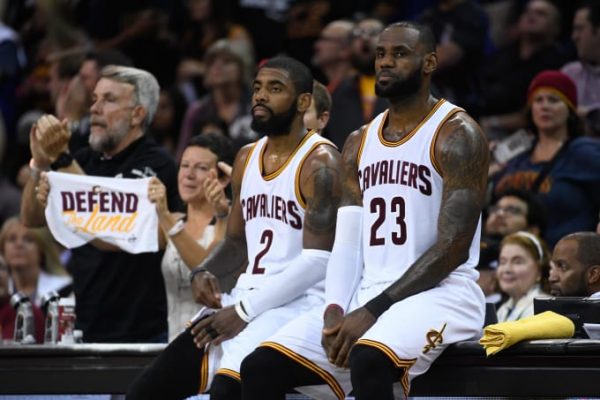 While LeBron James only wants what’s best for the Cleveland Cavaliers, with or without disgruntled star Kyrie Irving, it appears that Irving has no intention of working towards a resolution.

ESPN‘s Brian Windhorst and Zach Lowe discussed the ever-evolving situation in Cleveland on “The Lowe Post.”

According to Windhorst, Irving has moved past potentially reconciling with James, and has no interest in working out their differences.

Windhorst added that James could move past the drama and continue to play with Irving if a trade deal is not reached, but Irving does not share that sentiment.

"LeBron can get past this–he forgave Dan Gilbert. But Kyrie is not making the ground fertile for that"
-Windy

It seems that Irving’s desire to play elsewhere is becoming as much a matter of pride as it is about his actual role on the Cavs.

His talent will undeniably be missed, but it is becoming progressively clear that Cleveland may actually benefit from ridding itself of the massive ego Irving seems to possess.