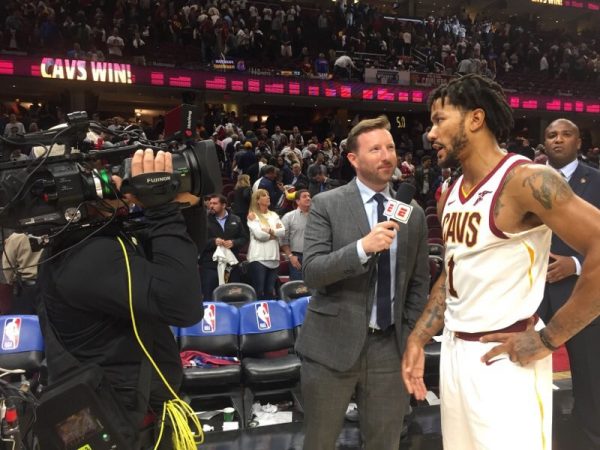 The Cleveland Cavaliers‘ opening night game against the Boston Celtics was a nail-biter until the very end. While many players put forth solid performances, LeBron James played the biggest part in the Cavs’ victory with a monster stat line of 29 points, 16 rebounds, nine assists, and two blocks in 41 minutes of play.

Following the game, Cavs point guard Derrick Rose was asked about James’ impressive game and he made it clear that it wasn’t all that surprising to those who know what James is capable of.

Rose had a productive game in his own right with 14 points, four rebounds, and two assists in Tuesday’s game.

The Cavs certainly showed room for improvement in their season-opener. After starting the game in impressive fashion, they let the Celtics claw back from a double-digit halftime deficit before finally retaking control in the final minutes.

While the Cavaliers will likely endure further growing pains as the season progresses, Rose’s simple response proves that as long as James is leading the Cavs, they have a shot against anyone on any given night.