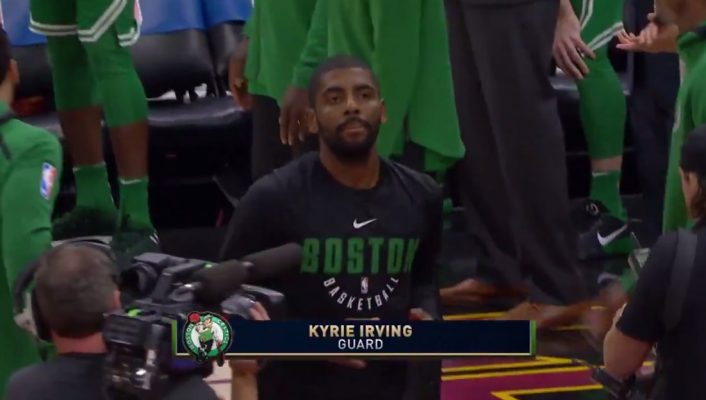 The Cleveland Cavaliers are ready to get their 2017-18 regular season underway as they take on Kyrie Irving and the Boston Celtics in what is expected to be one of the best season-openers in decades.

Watch as Irving gets introduced for the first time since joining the Celtics in front of a hostile crowd at Quicken Loans Arena.

Boo birds were out strong for Kyrie Irving as he’s introduced in Cleveland for the first time ? pic.twitter.com/GCFJJAEmNN