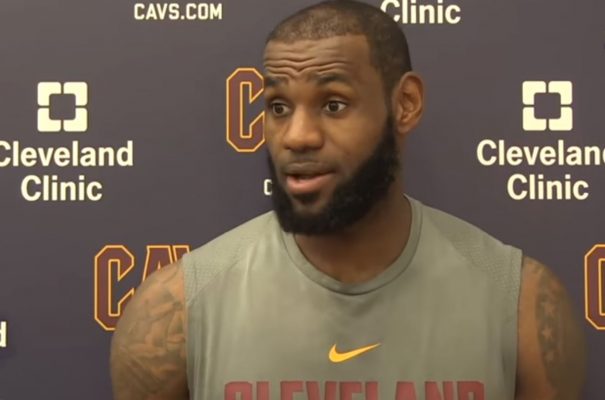 Last week the NBA announced that it had made some dramatic changes to the annual All-Star Game. In the past, teams have been decided by conference. This year, however, teams will be handpicked by two opposing captains, allowing stars to play alongside bitter rivals and against trusted teammates.

On Monday, Cleveland Cavaliers star LeBron James spoke to the media and shared his opinion on the changes.

“I don’t see it as a bad idea. We had to do something,” James said, according to ESPN. “The All-Star Game has been pretty bad the last couple years just from a competition standpoint. Trying to switch it up. Just like how the dunk contest was at one point it was great, then it wasn’t so well, so they had to kind of switch it up. Then it got good, then it got bad and you switch it up again. You see what happens. It’s hard to say if it’s good or bad yet. We haven’t done it yet. February isn’t here yet so no one knows how good or how bad it’s going to be. But I like the change. Why not?”

While voting doesn’t begin for several months, James has as high a chance to be a team captain as any player in the league, so his positive feedback is certainly a good sign. Hopefully, the new changes and the fact that both teams will be playing for charity will inject a new level of competition and entertainment into this season’s All-Star Game.