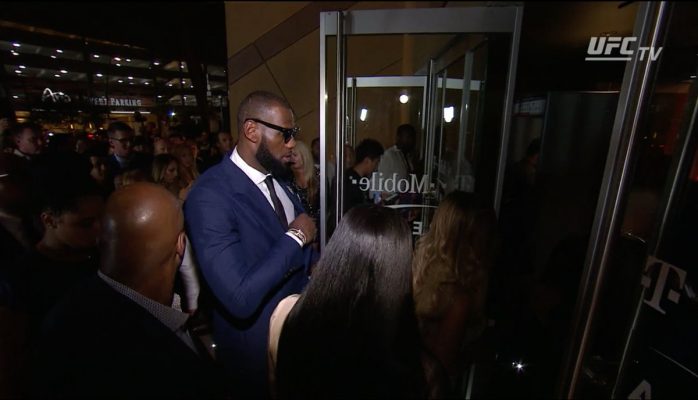 The highly anticipated boxing match between Conor McGregor and Floyd Mayweather has already drawn a lot of celebrities to T-Mobile Arena in Las Vegas, Nevada.

One of those celebrities is Cleveland’s own LeBron James, who was captured entering the arena with his wife Savannah.

Other notable celebrities in the audience are Tito Ortiz, Jamie Foxx, and Olivia Munn.

The fight is officially set to get underway at around 9 pm P/T.