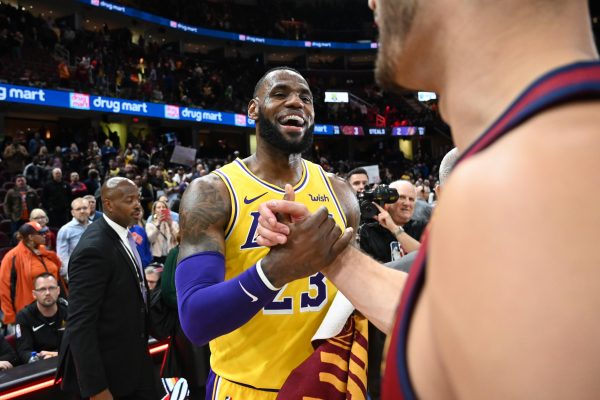 Skip Bayless is arguably one of the most polarizing sports pundits currently working. He constantly picks a side of an argument and sticks to it despite how asinine it may be.

The most recent hill that he chose to die on had to with criticizing LeBron James and his current four-year, $153 million contract. He compared that deal with the newly signed deal of New England Patriots star quarterback Tom Brady.

Brady recently agreed to terms on a two-year, $70 million extension.

"It still disappoints me that LeBron James will not take a little less money. He insists on the max, he's entering his 17th year and he's about to make $37.4M. That's $14.4M more than the greatest player who's ever played pro football. … I don't get it." — @RealSkipBayless pic.twitter.com/pGZB8T4zb6

As per usual, both those who agreed and disagreed with Bayless’ take filled the post’s comments section.

One post that strongly argued against Bayless’ critique of James was later liked by none other than James’ former teammate and current Cleveland Cavaliers big man Larry Nance Jr. 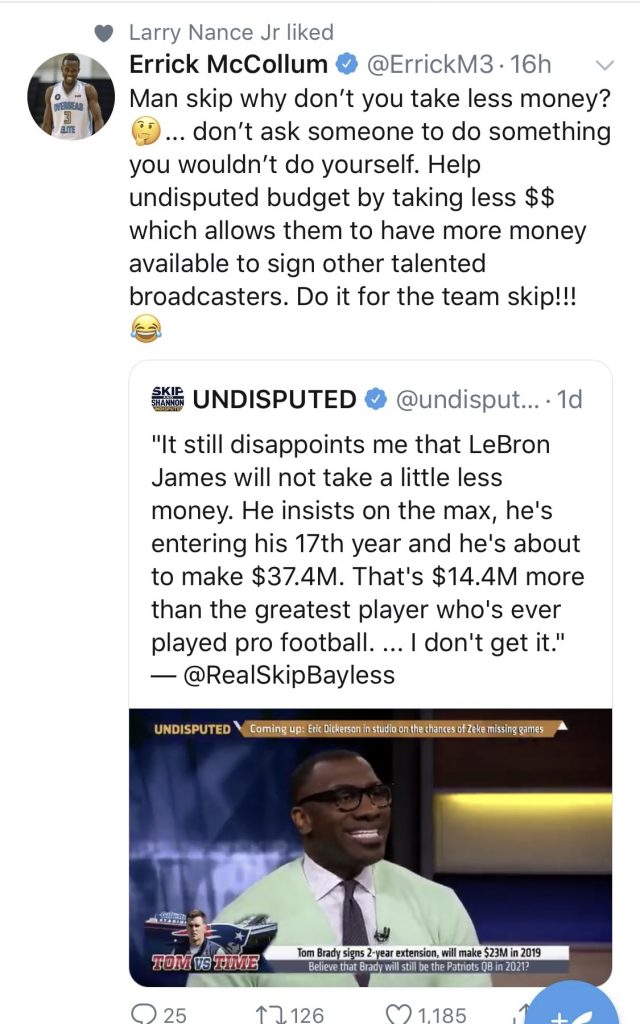 Of course one must always take Bayless’ statements with a large grain of salt. It is unclear whether or not he truly believes what he says, or if he is simply looking for these kinds of reactions.

Either way, it’s great to see that Nance is in staunch support of his former teammate, even though they are no longer playing side by side.