Video: Former Golden State Warrior Speaks Out on Hate That LeBron James Gets 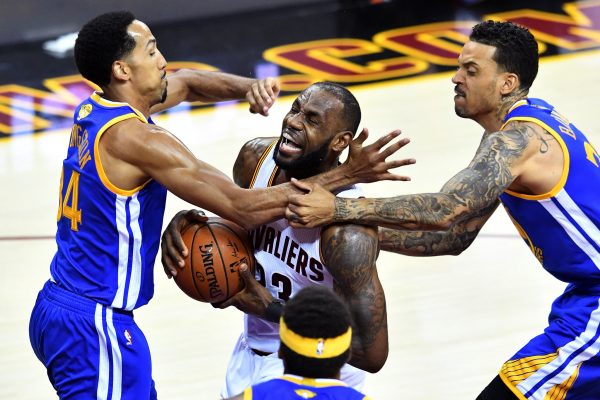 As the drama between Kyrie Irving and the Cleveland Cavaliers continues, some are using it as yet another excuse to hate on superstar LeBron James. Despite the Cavs’ bitter rivalry with the Golden State Warriors, one player came to James’ defense in a big way.

On Monday, former Warrior Matt Barnes joined FS1’s “Undisputed” to remind those who disrespect James that no matter what they think, his play speaks for itself.

“You can never downplay his ability, and I think people get caught up so much in hating on him (James) instead of sitting back and realizing you’re witnessing history,” Barnes said. “He’s one of the best players to ever do it.”

See what else Barnes had to say below.

"People get caught up so much in hating on LeBron James instead of sitting back and realize you're witnessing history." — @Matt_Barnes22 pic.twitter.com/a9l3hy1i1j

Haters will likely spew their opinions as long as James continues to dominate the NBA. No matter what some people say on social media, Barnes’ words ring true, James truly is one of the best to ever play on an NBA court.