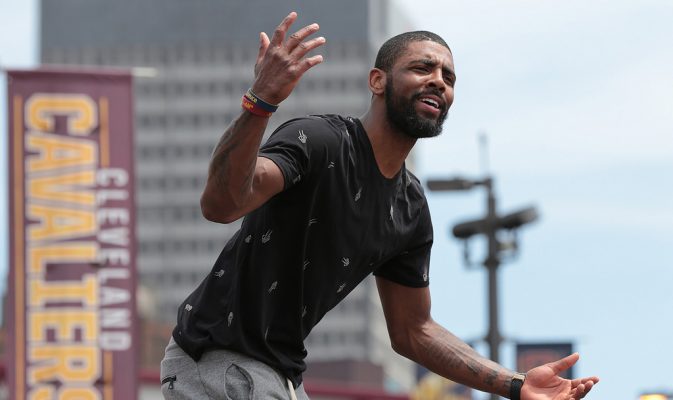 As the Cleveland Cavaliers and the team’s fan base prepare for the seemingly imminent departure of Kyrie Irving, it appears one local news channel has already moved on.

Fox 8 News recently released a commercial directed at Irving that is almost too petty to be believed.

“You’re either with us or against us. You have to be tough to thrive here, and if you don’t want to be a part of our story that’s fine. This city belongs to the King. … Oh yeah, enjoy the ring.”

Watch the commercial in all its glory, below:

Yo have y'all seen the latest Fox 8 commercial ?? pic.twitter.com/HlCI9Hao9u

If this commercial is of any indication, the Cavaliers faithful are more than ready to say goodbye to the unhappy point guard.