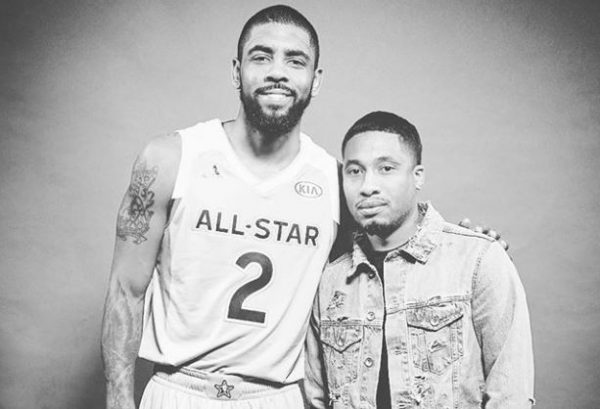 A Compton socialite who goes by the name of “Wackstar” has made some wild accusations about Cleveland Cavaliers superstar LeBron James. Per his Instagram, Wackstar claims that James is lying to the media about being “blindsided and disappointed” and knows exactly what’s going on behind the scenes regarding the recent Kyrie Irving fiasco.

The accusations should be taken with a grain of salt, however, there does seem to be a connection between Irving and the Compton native. He’s known to be a member of Irving’s entourage and actually stays at Irving’s home at various points throughout the year. In addition, Wackstar has posted pictures of himself FaceTiming Irving in the past, as well as taking pictures alongside both Irving and James.

I'm in the hood on FaceTime with my brother @kyrieirving Love this guy, he always keep it real, i consider him as a REAL friend…… ooo u2 al ?? ✋?500

Nonetheless, the outlandish rumors of James or his camp leaking anything to the media makes no sense at all. As a player who’s dealt with PR nightmares in the past, leaking something of this magnitude would hurt James more than help him. Also, James is on contract for one more year with the Cavs, why would he purposely sabotage Irving’s trade value and throw away whatever shot the Cavs have against the Warriors next season?

Try again guys, you aren’t fooling anyone with this conjecture.