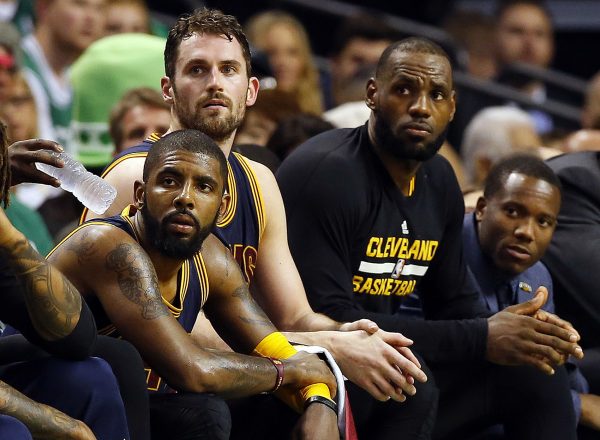 The stunning report that Cleveland Cavaliers point guard Kyrie Irving is apparently seeking a trade from the team has taken on a more ominous tone with a report that LeBron James won’t be making an effort to change Irving’s mind.

ESPN’s Brian Windhorst reports that James, who only learned of the request after it was made to Cavaliers owner Dan Gilbert and the team’s front office, is focusing his energies on preparing for the upcoming season:

“As the Cavs consider their options, sources said James has expressed to the team that he is focused on his offseason workout regimen and is planning to report to training camp with the intention of leading his teammates to a fourth consecutive Finals — no matter who those teammates are.”

James is no doubt stung by the fact that Irving spoke with other teammates, but didn’t bother to let him know about the decision. In addition, the point guard’s desire to escape the looming shadow of James is serving as the key reason for the reported decision.

The potential return for any deal involving Irving is uncertain, given that many players of his caliber either have already been dealt or simply aren’t available. That leaves acquiring draft picks as an option, something that won’t help the Cavaliers, a team in a win-now mode.

In reality, the Cavaliers don’t have to trade Irving, considering he has two years, plus an option season, remaining on his deal. Yet the idea of a disenchanted Irving remaining with the team and his perceived closeness to James having been shattered makes that an unlikely prospect.

Who the Cavs end up obtaining will be vitally important in the years ahead, primarily because of the fact that James can leave as a free agent after the 2017-18 season if he chooses. His demeanor will now be more minutely dissected over the next 12 months than it already had been in the past.