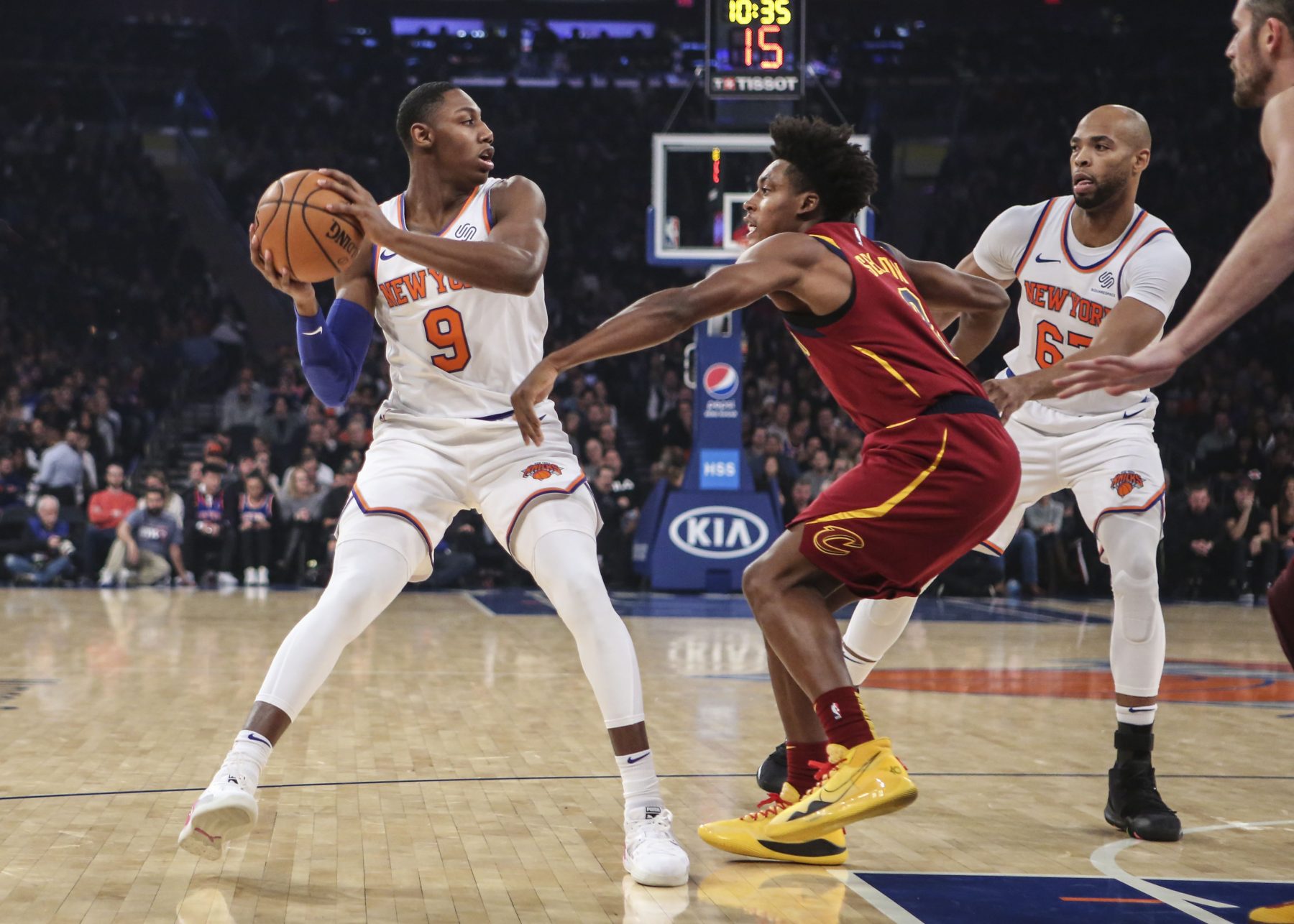 Last season, the Cleveland Cavaliers finished with second-worst record in the NBA. Only the New York Knicks had a worse record.

Just a few months later, it appears that the Cavs are much further along in terms of digging themselves out of the NBA basement compared to the Knicks.

That sentiment was on full display in Sunday night’s blowout contest. Following the 108-87 drubbing, Knicks brass appeared to be quite unhappy with the current status of its team.

"We're not happy with where we are" pic.twitter.com/3ETgaRwtsu

“We’re not happy with where we are,” Mills said. “This is not where we expected to be at this point, 10 games in.”

The Knicks were the laughing stock of the NBA all offseason long. After tanking to try to secure Duke University star Zion Williamson, they ended up with the No. 3 overall pick.

After that, they were blanked in one of the most talented free agency markets in recent memory, missing out on both Kyrie Irving and Kevin Durant, stars who many believed were destined to end up in New York.

Now, with the first handful of games in the books, it looks like the Knicks and Cavs are on diverging paths.

The Cavs continue to rely on the veteran leadership of Kevin Love and Tristan Thompson, while they help talented youngsters such as Collin Sexton, Darius Garland and Kevin Porter Jr. along. Meanwhile, the Knicks seem to still be without much of an identity at all.

Ultimately, Sunday’s game and the reaction from the Knicks were a perfect reflection of just how great Cavs general manager Koby Altman has been since taking over the top job.

With freshman coach John Beilein impressing early, and players throughout the roster buying in, this likely won’t be the last time the Cavs leave another rebuilding team wondering where it all went wrong for it this season.