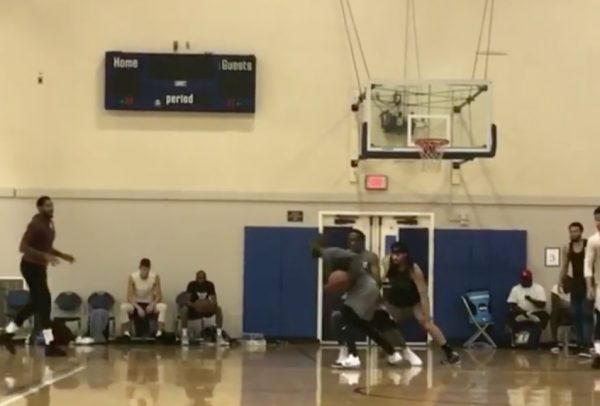 In recent years, Los Angeles has been a popular offseason destination for some of the NBA’s biggest stars. With so many players living in close proximity to one another and wanting to stay in basketball shape, it’s no surprise that star-studded pickup games take place throughout the offseason. One star who has been enjoying his time on the West Coast is disgruntled New York Knicks forward Carmelo Anthony.

In a recent pickup game that was posted on Instagram by basketball trainer Chris Brickley, Anthony can be seen dominating the competition alongside Cleveland Cavaliers star point guard Kyrie Irving. The 10-time All-Star has voiced his desire to leave the Knicks by being granted a contract buyout.

While the Houston Rockets seem like the most likely destination for Anthony at the moment, Brickley’s video gives us a glimpse into how Irving and Melo could complement each other if Anthony were to end up on the Cavaliers.