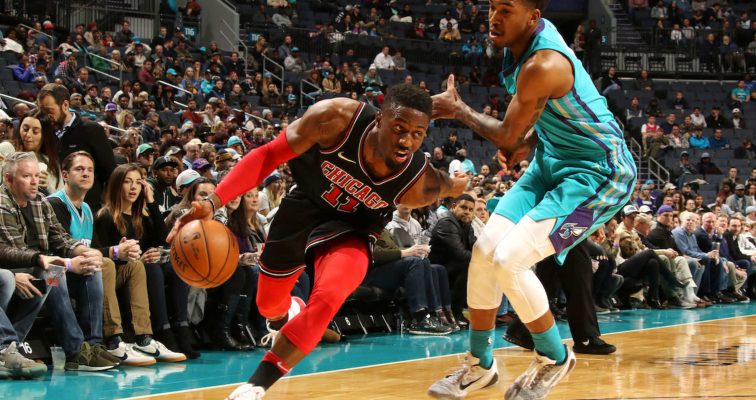 After losing franchise star LeBron James to the Los Angeles Lakers, the Cleveland Cavaliers are looking to make minor moves in free agency with their increased financial flexibility. That plan includes finding the best veterans and youngsters available to speed the rebuilding process.

According to Joe Vardon of Cleveland.com, the Cavs are speaking to forwards Luke Babbitt and Trevor Booker. However, there is also mutual interest between free agent David Nwaba and the Cavs, per Vardon’s report:

“League sources told cleveland.com that the Cavs have spoken with Bulls free agent David Nwaba, 3-point shooter Luke Babbitt and bruiser Trevor Booker. Nwaba has interest in the Cavs, one of the sources said, while the conversations with Babbitt and Booker’s camps were more basic.”

Nwaba, 25, played for the Chicago Bulls last season. Despite having a solid campaign with the Bulls, the team recently rescinded Nwaba’s qualifying offer, making him an unrestricted free agent. In two seasons, the guard has career averages of 7.5 points and 4.3 rebounds.

While Nwaba isn’t a superior talent, he’s a smart and strong wing. The guard can get to the rim and finish, as well as make the open jumper. For a low-risk, high-reward option, the Cavs should seriously consider signing Nwaba with their additional cap space.

Look for the Cavs to restock their roster after they take care of bringing Rodney Hood back. With a motivated young core and wise veterans, the team has a great chance of being competitive in the East this season.