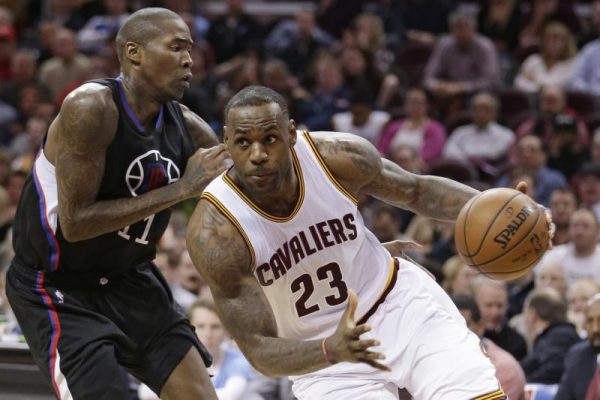 The chances of the Cleveland Cavaliers landing combo guard Jamal Crawford just skyrocketed as it was reported by Cleveland.com that Crawford reached out to Cavs superstar LeBron James about playing on the team together.

“Sources indicated it was Crawford who reached out to James, who is vacationing with his family,” wrote Joe Vardon. “James and Crawford have known each other for all of James’ 14 pro seasons (Crawford’s played 17), and Crawford has other friends on the Cavs, too.”

Crawford, 37 was traded by the Los Angeles Clippers to the Atlanta Hawks and is now in the process of negotiating a buyout. He has $28.75 million remaining on his contract over two years, but only one year is fully guaranteed.

As mentioned before, after speaking with James, Crawford says he is now “highly interested” in joining the Cavs, and a source said a buyout is expected to happen “very soon.”

The most the Cavs could offer Crawford is a taxpayer’s mid-level exception worth $5.2 million, but the veteran may be willing to sign on a veteran’s minimum worth $2.33 million for the chance to play with James.