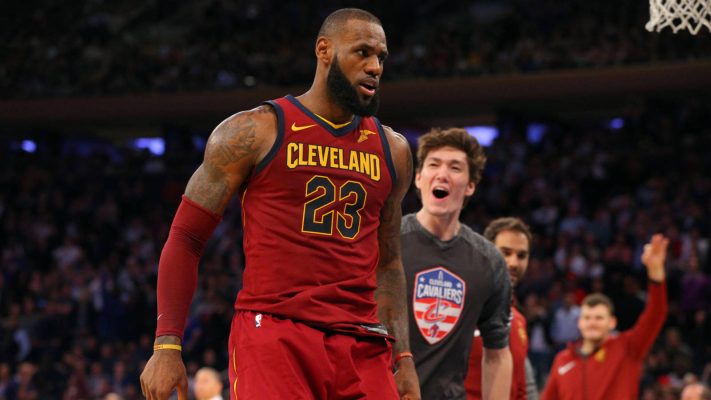 One of the criticisms against LeBron James from certain members of the media over the years has been his lack of a “killer instinct” and failure to deliver in clutch situations. Certain games and series are often cited to prove their point without providing a complete picture of James’ full career in clutch situations.

This season, it seems that the Cleveland Cavaliers star has made it his business to prove his doubters wrong by delivering in the clutch time and time again.

But what is “clutch” anyway and what are the parameters that define it?

NBA.com defines clutch as “shots taken with less than five minutes to go in the game and with a scoring margin of five points or less.” It’s the measurement that the NBA uses when it comes to determining which baskets are clutch points and which are not within a close game.

According to NBA.com’s advanced stats, James leads all NBA players in clutch scoring with 161 points in 37 games when the game has been close. Kyrie Irving is second with 142 points, DeMar DeRozan is a close third with 141, Russell Westbrook comes next with 128, and Jimmy Butler is in fifth place with 123.

If you think that the four-time MVP just hoists up random shots, think again. James is quite deliberate when he shoots in the clutch as evidenced by his 55.4 percent shooting. That’s incredible accuracy at a point in the game when players’ hands get sweatier than usual.

Additionally, James is first in 3-pointers made in clutch situations with 13 total for the season. And when it comes to fourth-quarter scoring among those who have played at least 10 games, James is second only to Lou Williams (7.7) at 7.3 points per game.

So the next time you encounter anyone saying that the King in Cleveland isn’t clutch, you know that their argument isn’t based on actual statistics, but rather based on selective memory and anecdotal evidence. The fact is, King James leads the league in clutch points and there is hard data to prove it.